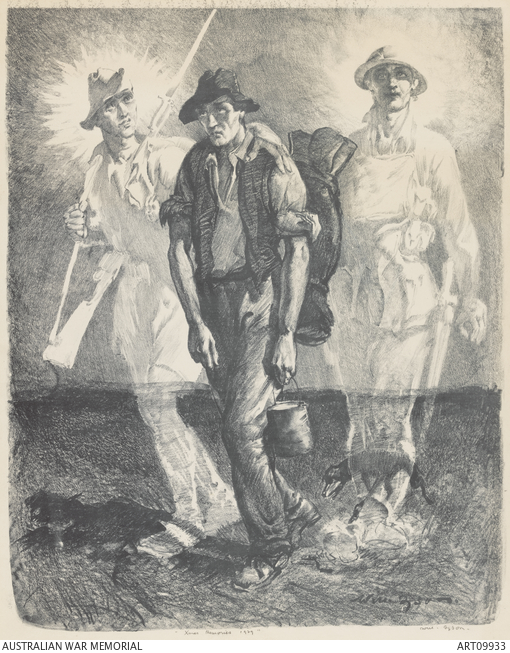 Depicts a central figure, an ex-serviceman, now a swaggie carrying a swag and billy and followed by his dog. Beside him are two ghostly figures of servicemen, possibly his former mates. The serviceman on the right wears a steel helmet, while the one on the left wears a slouch hat and carries a rifle and bayonet. Will Dyson was the first Australian official war artist to visit the front during the First World War, travelling to France in December 1916, remaining there until May 1917, making records of the Australian involvement in the war. He was formally appointed as an official war artist, attached to the AIF, in May 1917, working in France and London throughout the war. His commission was terminated in March 1920.