"Well, according to this map, this is where we have to rendezvous with the rest of our mob." 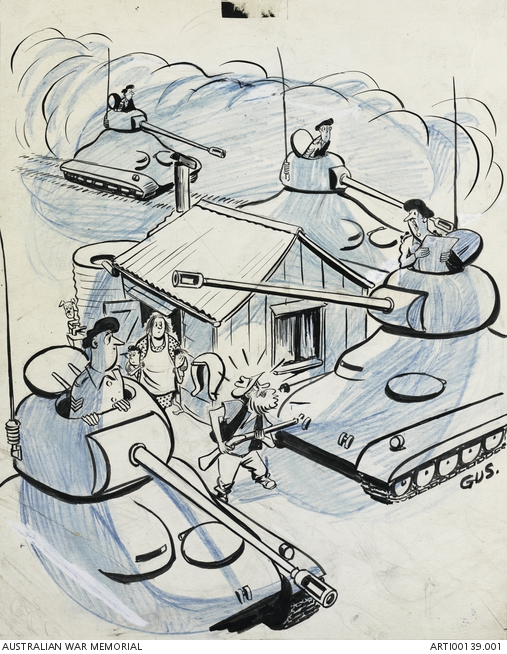 Cartoon published in the Services Annual of 'As you were', Australian War Memorial, 1950, p.48. Depicts a crew of four from a tank battalion surrounding a small farmhouse. The Lieutenant refers to his map, declaring "Well, according to this map, this is where we have to rendezvous with the rest of our mob." Sergeants are depicted emerging from the hatch of the other three tanks. A bearded farmer is pictured with his rifle, glaring menacingly up at the Lieutenant. The farmer's wife stands behind, her sons peeping around under her arms. Even the family dog peeps around from behind the water tank.

Erased pencil markings suggest the original drawing included a water trough in the lower right and that the position of the lower left tank was changed.