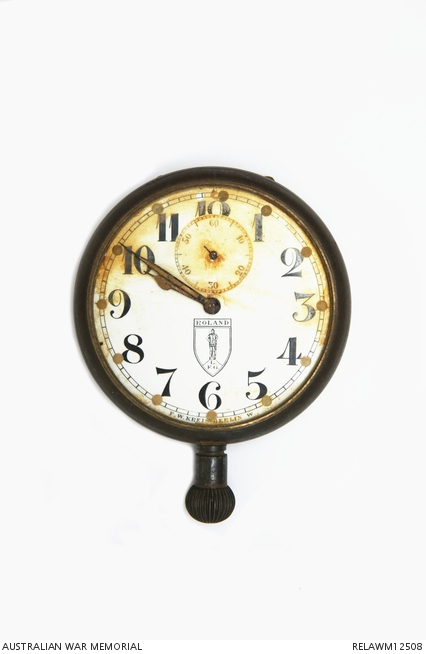 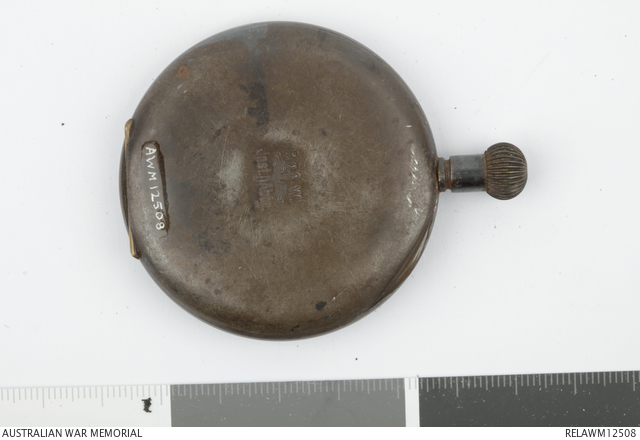 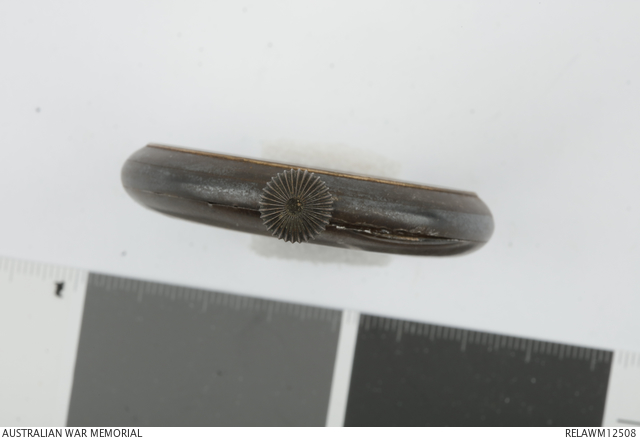 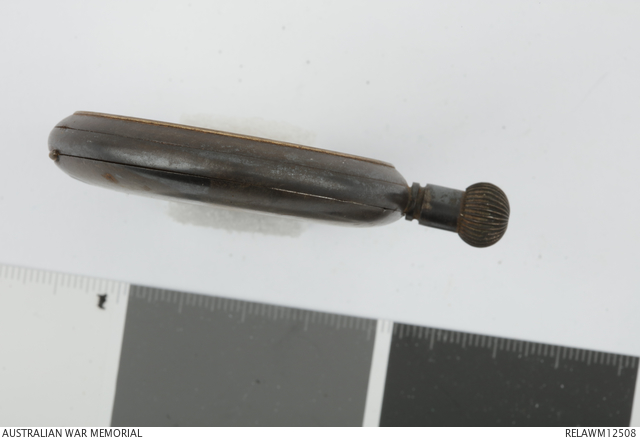 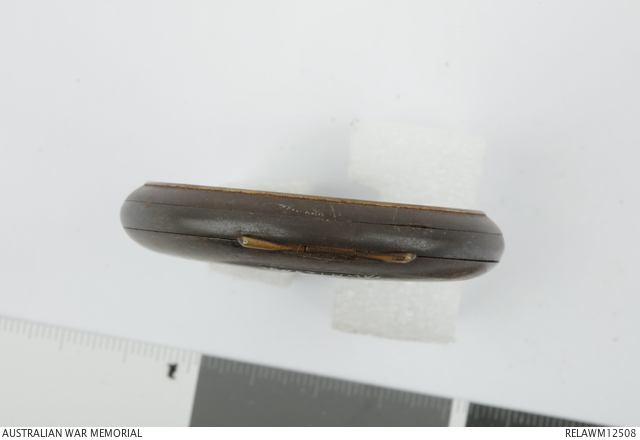 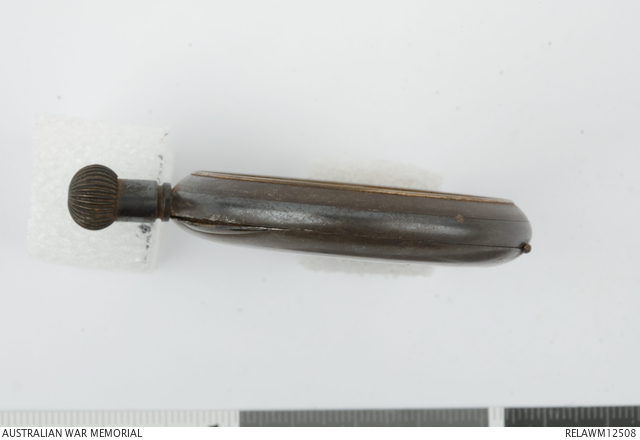 Small clock for use in aircraft controls. The clock has a white enamelled circular face with large numerals marked with luminescent dots. The two hands are also luminscent. A smaller circle underneath and partially obscuring the '12' marks the seconds. The maker's symbol of a medieval knight with the words 'ROLAND L.F.G.' appears above the '6'. The centre of the back of the clock is impressed with a winged propeller and the letters 'P. u. W./Jnst. Abtg.'. A winding mechanism is attached to the bottom of the clock.

This watch was collected on the Western Front by 4729a Corporal Archibald John Mason of 3 Pioneer Battalion. Corporal Mason enlisted in the AIF on 19 January 1917 and served initially with 24 Battalion. His brother, 1526 Corporal William Isaac Mason enlisted on 12 October 1917 and joined Archibald in 3 Pioneer Battalion. On 31 May 1918 Archibald prepared to depart for Australia giving the watch to a friend, Corporal J A F Beswick to pass on to his brother. Before this could be accomplished William was wounded in action at Villers-Bretonneux and died later that night. Beswick passed the watch on to another friend, Corporal J Lewis, who was also killed in action. The watch was returned to Corporal Beswick who took it with him on his return to Australia. Living in New South Wales, Beswick did not make contact with Archibald, a Victorian, until 1936. Following a chance meeting with a friend of Mason, Beswick contacted him and arranged for the return of his watch. Mason then passed it on to William's widow, in order to fulfill his original intentions. The watch was soon after donated the Australian War Memorial when the story appeared in the Melbourne papers and the Director of the Memorial approached the Masons. The watch would originally have been fitted into a German L.F.G. (Luftfahrzeug Gesellschaft) Roland aircraft which went into production from 1916.