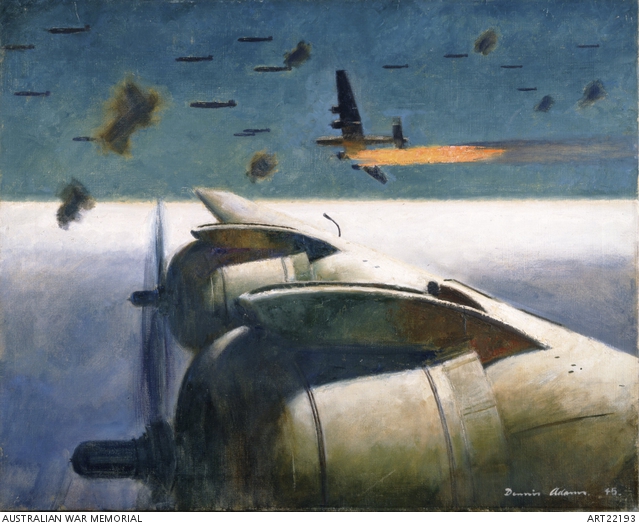 Australian Halifax aircraft on a daylight raid over Germany. This is the view obtained from a position immediately alongside the pilot and shown two of the powerful Bristol Hercules motors of a Halifax Mark III. Daylight operations by the Royal Air Force heavies were rather unusual as a course, the whole force was principally used for night bombing. Unlike the United States Army Air Force heavies, the British bombers seldom attempted to fly in rigid formation but rather in a "stream". The painting shows a stricken Halifax going down in flames, while the others continue through the "black stuff", as our men often call the 88mm German flak. The bombers are seen to be flying above a cloud, but Radar-predicted "ack ack" is bursting amongst them.