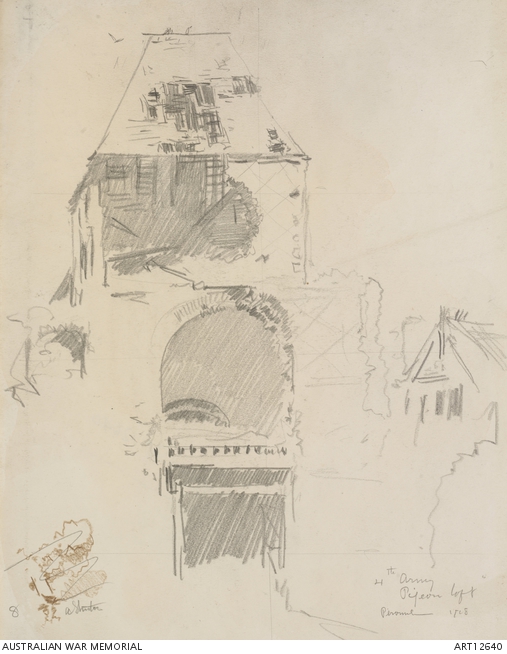 Depicts the British 4th Army pigeon loft for communications. The loft is damaged with holes in the roof and parts of the walls. This drawing was made in Streeeton's sketchbook ART93175 and later excised.

Arthur Streeton is best known as one of the painters of the Heidelberg School in Melbourne in the late nineteenth century. His name is linked with Tom Roberts, Charles Conder, and Frederick McCubbin as responsible for developing in Australia an impressionist technique of painting, and depicting scenes that embraced the nationalistic concerns of the last two decades of the nineteenth century. During his lifetime he was acknowledged as the finest painter of the Australian landscape; he was the first Australian painter to be honoured by a retrospective exhibition in his own lifetime; and only the second to be knighted.