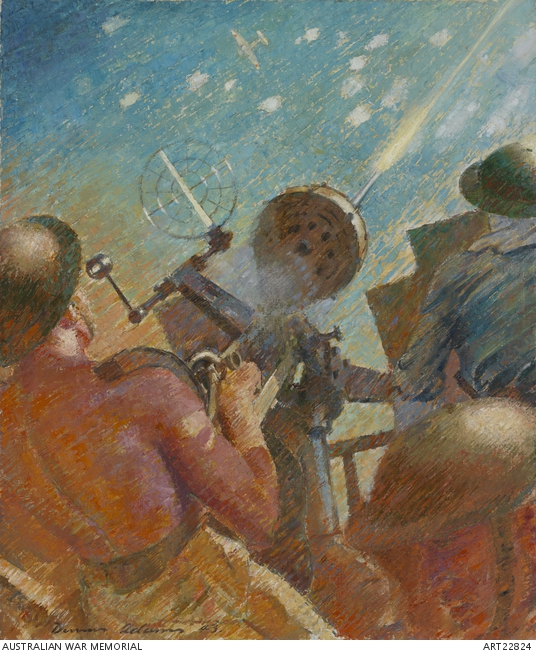 One of the three Oerlikon 20mm guns of HMAS Wagga in action against Japanese bombers at Milne Bay during daylight raids.

In a letter to Lieutenant Colonel John Treloar - Officer in Charge of the Military History Section and administrator of the official war art scheme - dated 2nd August 1943, Dennis Adams wrote about this painting:
'It is painted in a staccato manner in an attempt to convey the feeling of vibration and heat and that sharp almost deafening repetition of fire.
As this type of anti-aircraft gun is mounted in practically all our ships I like to think of this painting as being dedicated to all the men who man them.'