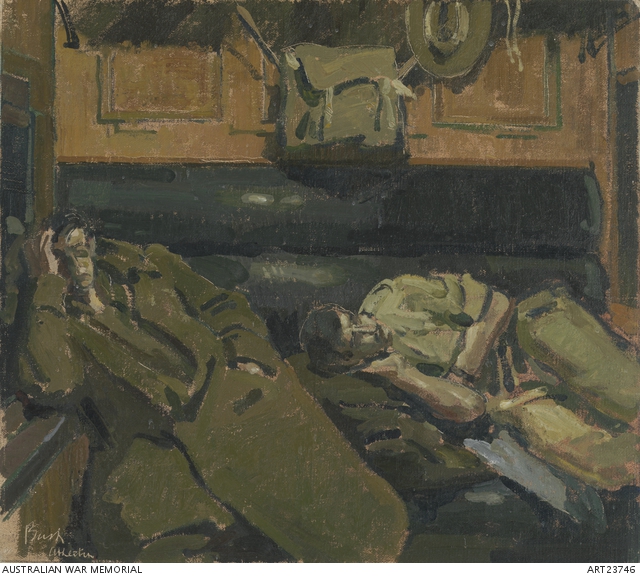 An impression of a gloomily-lit carriage interior, well known to all who have made the journey north from Brisbane. The artist has endeavoured to capture all the boredom felt, and the seemingly uncomfortable positions in which the troops sleep. Leaving Brisbane at 2000hrs it was not until 1330hrs, 4 days later that the troops thankfully reached Cairns. Unidentified soldiers sleeping within the interior of a dark railway carriage.