The Freedom of the Seize 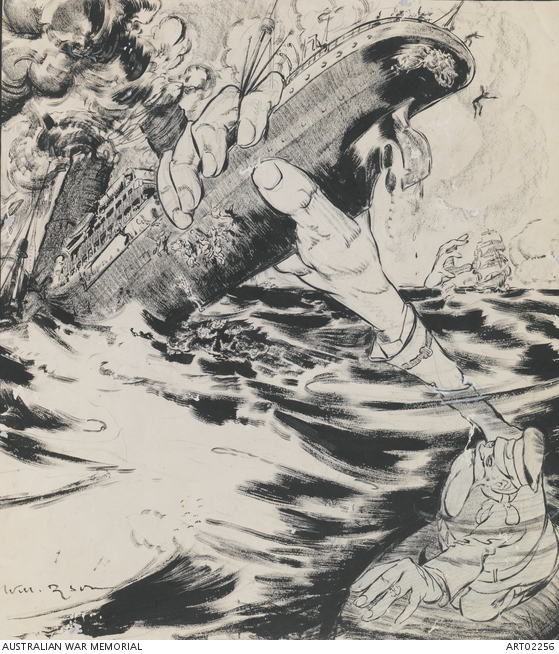 Depicts a large hand rising up from underneath the sea to grab a sinking and on fire ship. In the background another ship can be seen about to be grasped by a hand rising out of the water. The cartoon comments on the sinking of the 'Arabic', a large passenger ship, on 19 August 1915, despite orders from Kaiser Wilhelm II that passenger ships should not be attacked, this caused the temporary abandonment of the German submarine campaign. This cartoon was published in the 'Daily News', London, 21 August 1915, as 'Freedom of the seize (Teutonic Version) '. Dyson's distinctive biting satire aimed at war and directed at Kaiser Wilhelm prompted his works to be seen as epitomising the prevalent anti-German sentiment. His series of caricatures published in 1915 characterised his response to Germany's military monarchy and used a figure based loosely on the Kaiser, attacking it with vigour.