Derelict (one of the original tanks blown out near Thiepval) 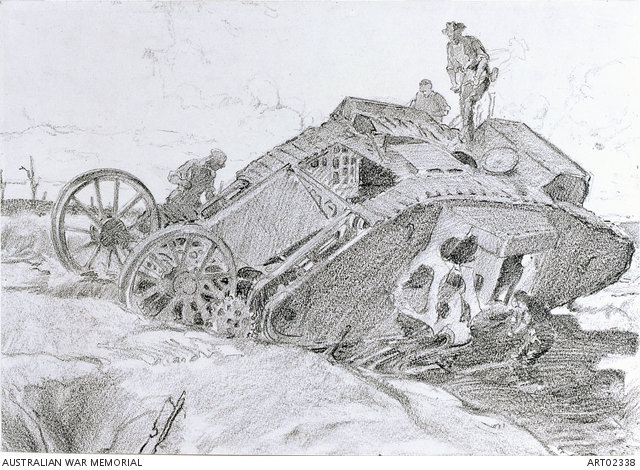 Depicts an armoured vehicle, a wrecked British Mark 1 tank, in a war damaged landscape, with its rear wheels being stripped for salvaged metal. Dyson noted that this work depicted 'One of the first tanks blown out on the first day, near Ovillers. Salvage at Flers where Corps School was situated a year later'. Will Dyson was the first Australian official war artist to visit the front during the First World War, travelling to France in December 1916, remaining there until May 1917, making records of the Australian involvement in the war. He was formally appointed as an official war artist, attached to the AIF, in May 1917, working in France and London throughout the war. His commission was terminated in March 1920.