Back at the waggon lines after Polygon Wood 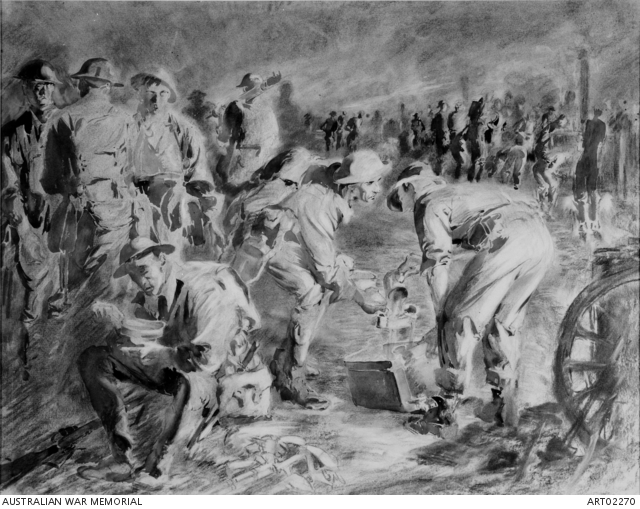 Depicts men of either 1st or 2nd Division, Australian Infantry, at waggon lines behind the Front, eating, resting and being served food in a war damaged landscape. Discarded webbing with a bayonet and entrenching tools are depicted in the foreground. This images was one of several by Dyson that reflected his appreciation of the basic importance to the soldiers of food and he noted of the work; 'The cooks had worked with an energy that is explained by the fact that love and kindness are best expressed in the primitive world by food...[The returning men] were weary to exhaustion, eager for food and for rest, but for a while content with the negative joys of being merely out of it'.