[Digger lying on his stomach] verso: [Reclining officer with spyglass] 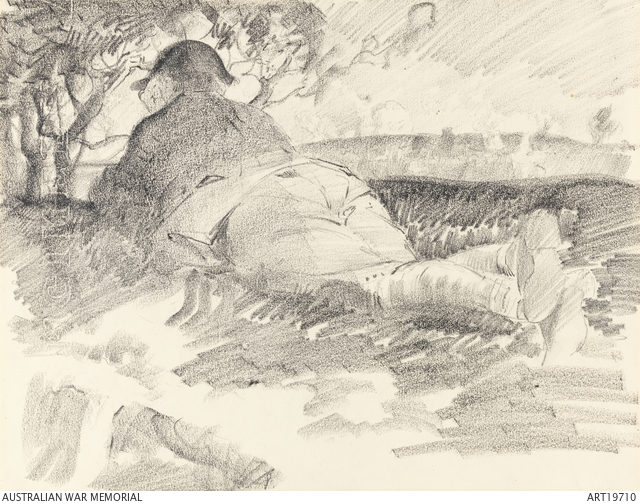 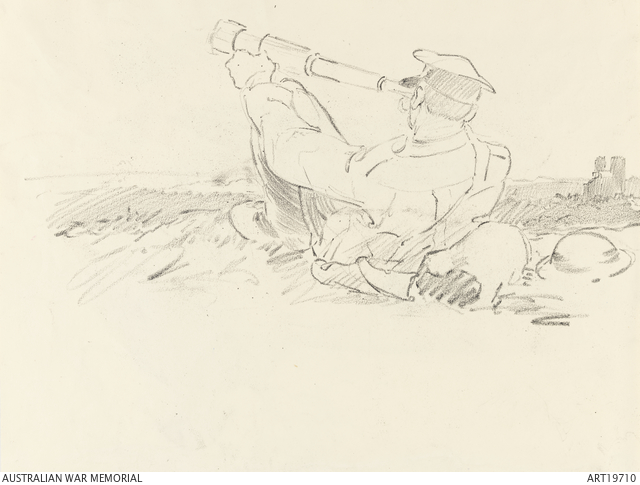 Depicts an image of an Australian digger in uniform lying on his stomach on the ground, observed from behind. On the verso is an image of an officer, seated on the ground, looking through a spyglass or telescope out across a valley in France. Will Dyson was the first Australian official war artist to visit the front during the First World War, travelling to France in December 1916, remaining there until May 1917, making records of the Australian involvement in the war. He was formally appointed as an official war artist, attached to the AIF, in May 1917, working in France and London throughout the war. His commission was terminated in March 1920.