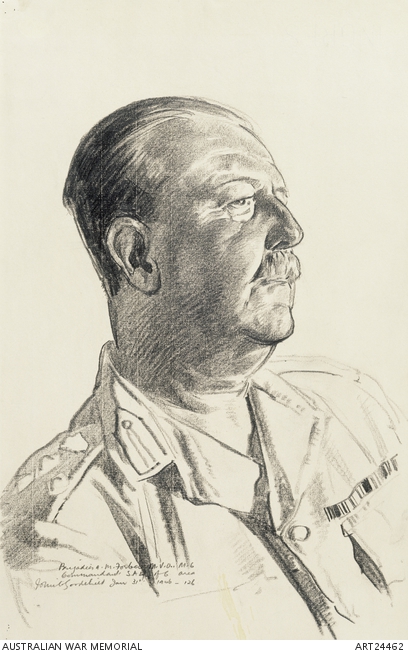 Brigadier Alexander Moore Forbes, MVO, MC, was one of the first cadets at Duntroon Military College. He was the first Sergeant - Major and recipient of the first Sword of Honour. Served in the First World War 1914-1918. Brigadier Forbes organised the ceremony of unveiling the Australian War Memorial at Villers Bretonneux by HM King George VI, 1938, for which he was invested with Membership of the Royal Victorian Order.