An incident on the Burma railway 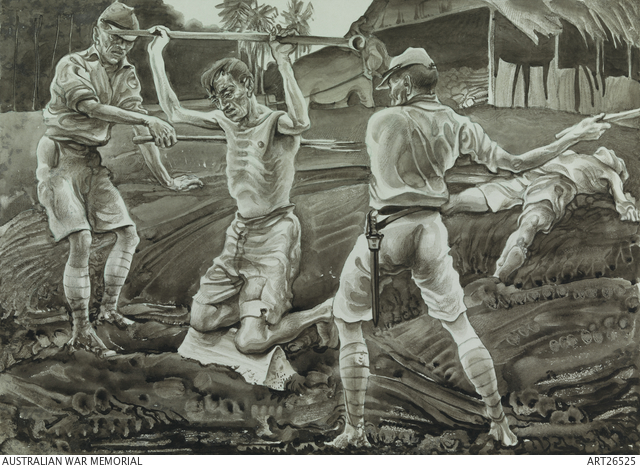 Reconstruction of a scene witnessed by Colonel Dillon of the British Army, of the bashing of two British and one Australian prisoners of war by Japanese on the Burma-Thailand railway. Griffin originally volunteered to go to the railway, thinking conditions might be better. He gave up his spot for another man and remained in Changi for his entire captivity. Griffin was appalled by the condition the men returned in from the railway. He sought to make records of events and conditions that occurred on the railway from survivor testimony.