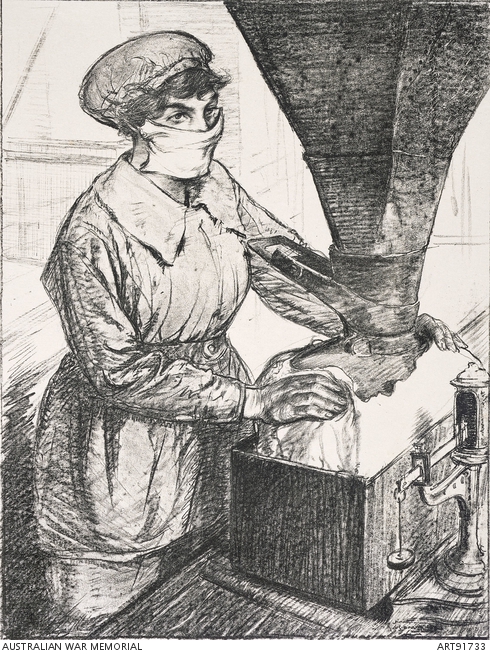 A woman, with a napkin over her nose and mouth, packs TNT into a box. Hartrick was not allowed to enter the hut where the TNT was packed because it was considered to be too dangerous. Instead a girl was brought to him to serve as a model. Her hair and face were stained yellow with the chemicals because she would not wear the sort of metal snout that had been supplied to workers. She preferred to tie a napkin over her mouth and nose, as that was more comfortable. Hartrick was sent to various locations to make studies for his series of lithographs about women's work. In most cases the women were doing work previously undertaken by men. Hartrick's images show the adaptability of women during war. This is no 59 from the series of 66 lithographs 'The Great War: Britain's efforts and ideals', published by the British Ministry of Information, London 1917.