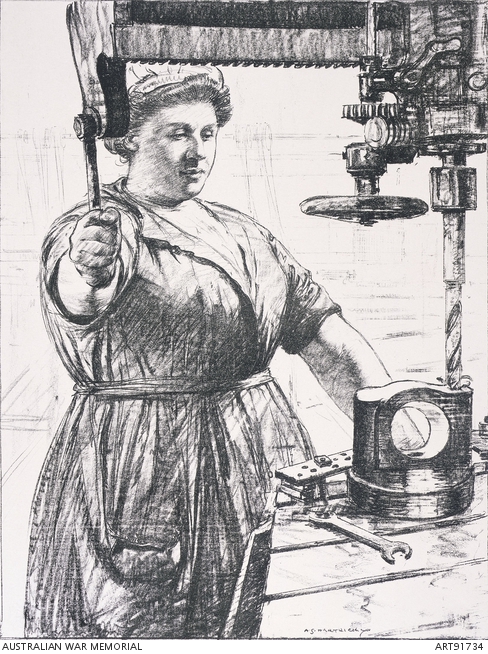 Depicts a women working at a drill in a munitions factory. Hartrick was sent to various locations to make studies for his series of lithographs about women's work. In most cases the women were doing work previously undertaken by men. Hartrick's images show the adaptability of women during war. This is no 60 from the series of 66 lithographs 'The Great War: Britain's efforts and ideals', published by the British Ministry of Information, London 1917.