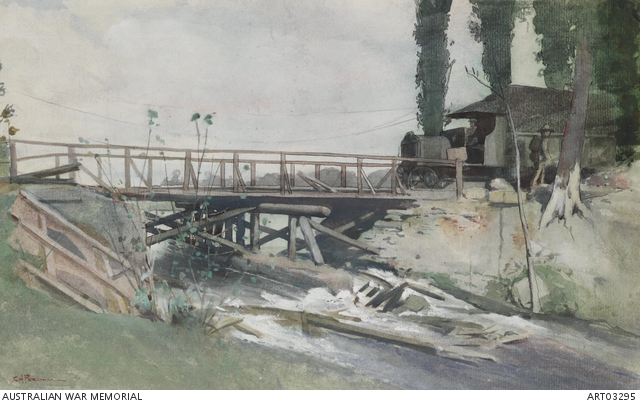 Depicts a bridge over a river with a military lorry about to cross it and a soldier with a pack having just travelled over the bridge. In the river beneath the bridge are pieces of broken wood from the original bridge. Cecil Percival, was a cartoonist and illustrator. He contributed to 'Aussie', a paper for troops in the trenches during the First World War, also to London 'Punch'. He worked with the War Records section in London and later became principal cartoonist for the Sydney 'Bulletin', from 1920 to1940.