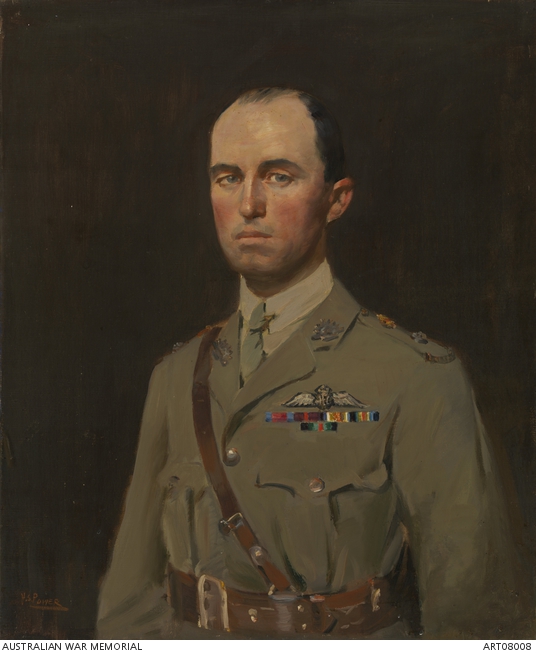 Lieutenant Colonel Richard, DSO, OBE, Commanding Bde RFC; campaign Australian Flying Corps, No. 1 Squadron, 40th Wing, Brigade. H Septimus Power was an official war artist attached to 1st Division AIF from 4 September 1917 to 31 March 1920. He was in France between September and December 1917 and in August 1918. He subsequently commissioned to work for Australian War Records until 1938. The Australian Flying Corps (AFC) was established in 1913 and the No. 3 Squadron arrived in France in September 1917. No. 1 Squadron AFC (28 officers and 195 other ranks) were sent to Egypt. Twelve aircraft for the squadron were supplied by the British. During the next two years the squadron operated first from Heliopolis and later in pelestine and Syria. They supported the ground forces in all the major battles of the Palestinian campaign against the Turks. The duties of the squadron consisted of aerial reconnaissance, bombing missions against enemy positions and communications and observations for the artillery.