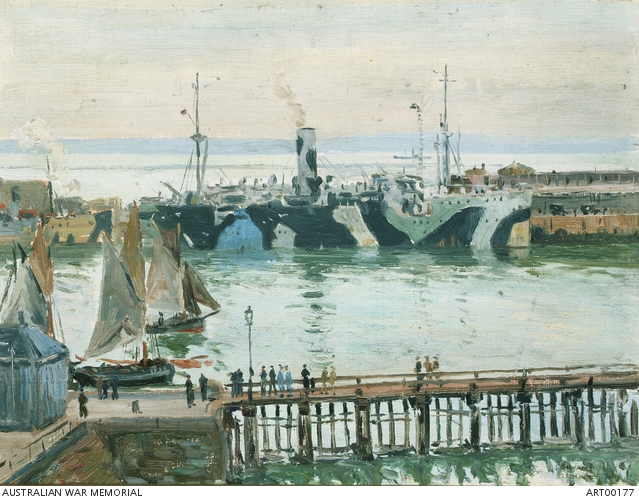 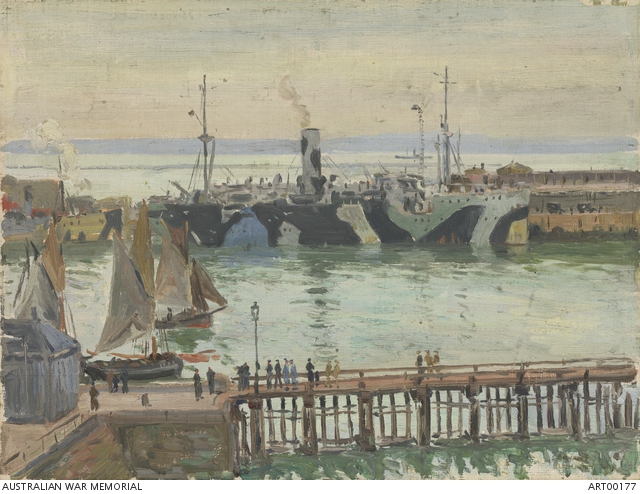 Depicts camouflaged hospital ships, small sailing boats and people walking along a pier at the port of Le Havre in France during the First World War.