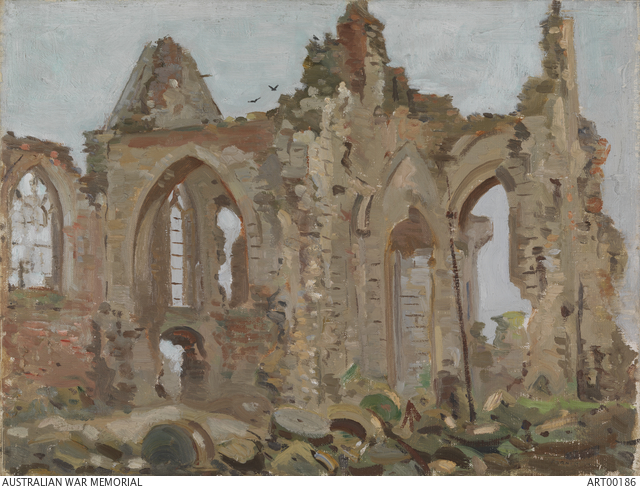 Depicts the war-damaged church and surrounding landscape at Neuve Eglise on the Western Front in Belgium during the First World War.