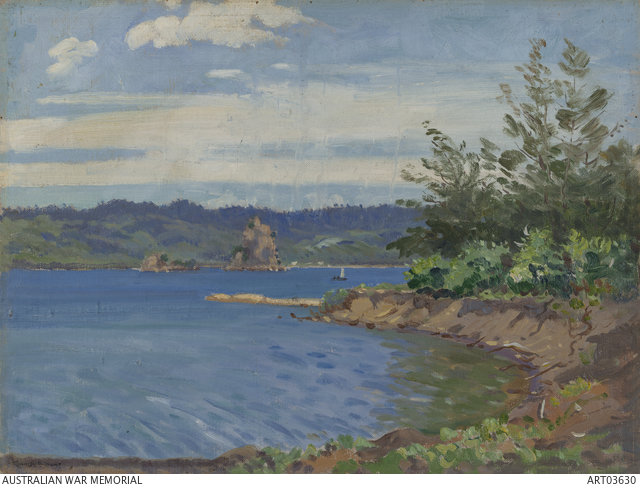 Depicts a view out across a bay towards rock formations in the sea, the Beehive Rocks from Matupi Island, near Rabaul, New Guinea. This painting is one of a number of the commissioned works Bryant produced for Australian War Records between 1923 and 1926 of the Australian occupation of German New Guinea. He began sketching in Rabaul between September and November 1923, completing many works in Australia.