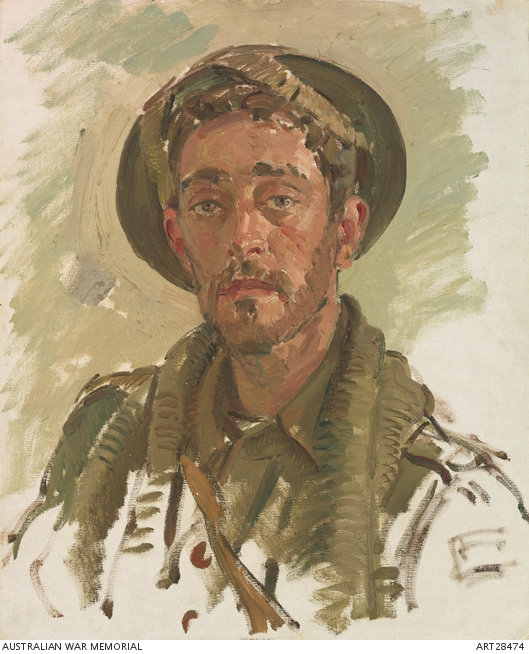 Portrait of NX2630 Sergeant Frank Robert Collins, 6th Division 2nd Australian Imperial Force, in Tobruk. Like many of the official war artists, Hele painted portraits not only of high-ranking officers but also of the 'ordinary' soldiers in the field, for whom he felt a great sense of empathy. The names of these men were not acknowledged in portrait titles, as the works were classified generically as studies of 'types'. Efforts were made to document the identity of the sitter. In this instance, the daughter of Sergeant Frank Robert Collins identified the portrait as being of her father and this was later confirmed by Hele. The soldier's weary eyes and gaunt expression evoke the hardship and monotony of military campaigns. Hele wrote: 'This portrait - done of a digger the day his company moved in, after having marched fifty miles in two days with only one meal.'