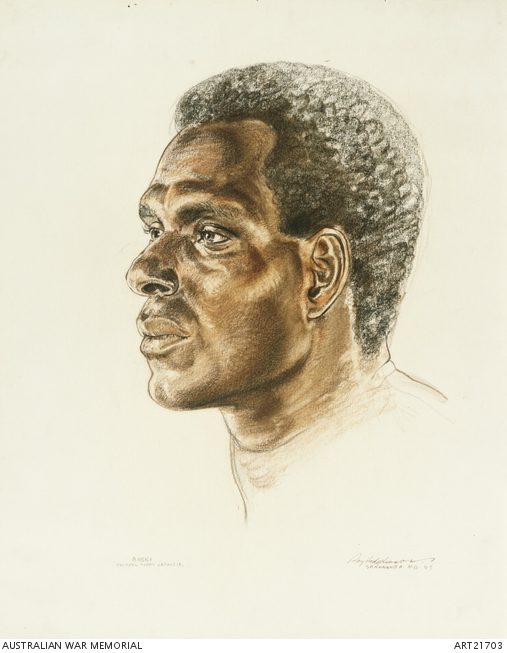 Frederick Boski, escaped from the Japanese. This native was impressed by the Japanese at Rabaul, forced onto a ship and taken to Salamaua where he was used as a carrier by the Japanese over the Kokoda Trail and over the Owen Stanley until the Japanese were forced back. Eventually he reached Gona where he made his escape to the Australian lines. He was able to give our Intelligence Service much information regarding the enemy.