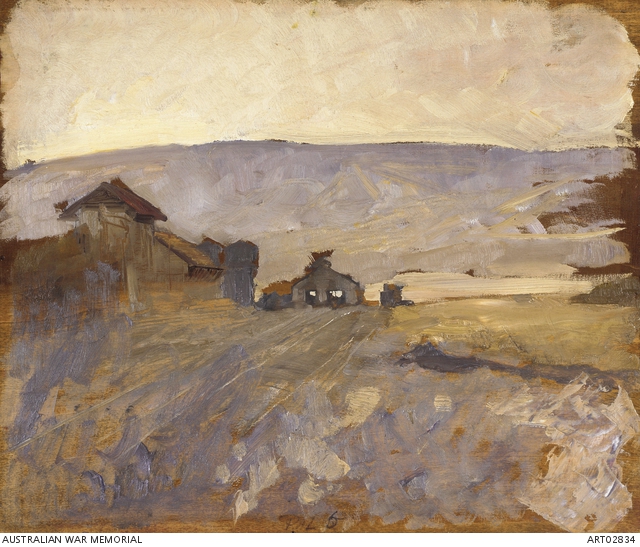 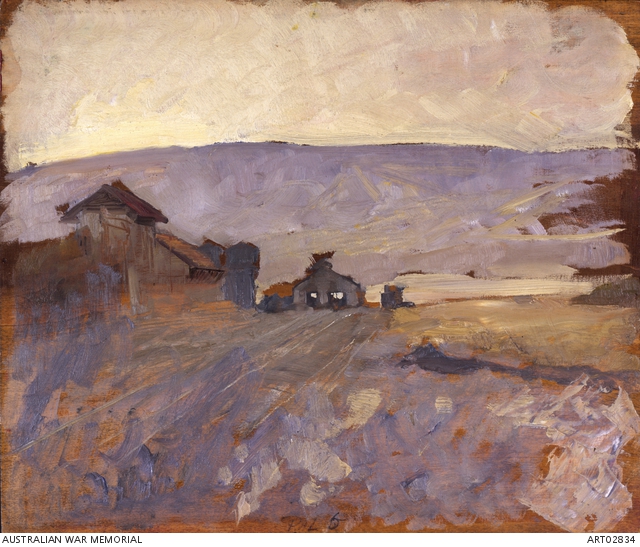 George Lambert described Semakh as: "... a railway-station of picturesque conglomeration of not more than usually dirty Arab huts, and a few tents and horses of the occupation people on the shore, southern end, of the Sea of Galilee. It is really beautiful here." Lambert visited Semakh on 7 and 8 June 1919 and made four paintings. In 1918 Semakh was a small mud village on the southern edge of Lake Tiberias, the Sea of Galilee. During the advance on Damascus in September 1918 Brigadier-General Grant with the 4th Light Horse Brigade attacked Semakh, defeating a strongly defended garrison of German and Turkish riflemen and machine gunners. The dead of both sides were buried together at the edge of the lake.