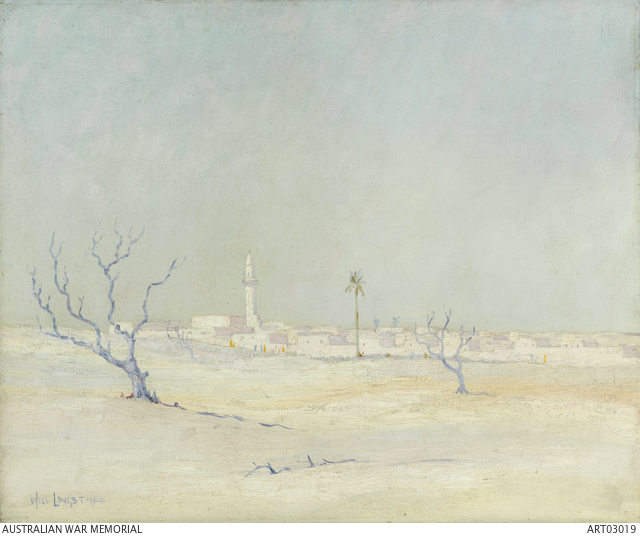 The bleached arid landscape extends beyond the horizon where a dense cityscape marks the viewer's entry to El Arish, on the Sinai Peninsula. In late December 1916 troops from the ANZAC Mounted Division and the new Imperial Camel Corps Brigade occupied El Arish after it was abandoned by the Turks. Accessible by sea and soon by rail, it became a useful base for the British to launch their offensive into southern Palestine.