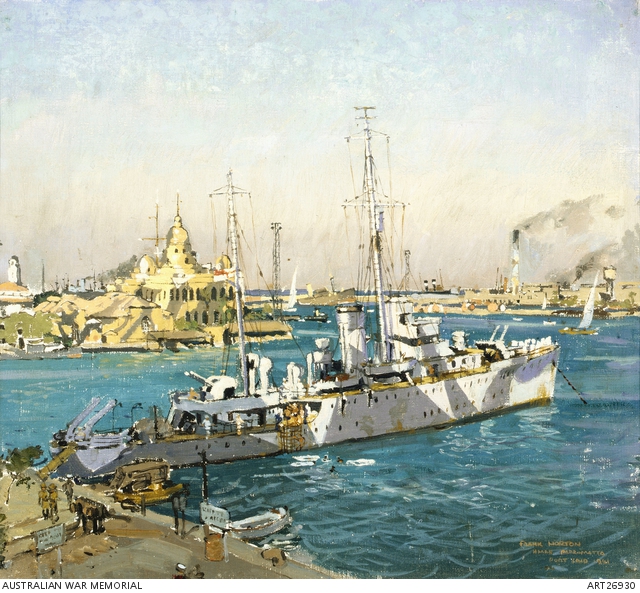 At anchor off Navy House, Port Said, while acting as anti-aircraft defence ship. Ship's camouflage is typical for this class of vessel and was designed by her first Fleet Lieutenant. Beyond the vessel is Suez Canal Company's Building, in peace time, a white building, now camouflaged with dark grey, stone and light buff paint. On eastern side of the harbour is a camouflaged dockyard chimney. In the centre of the picture is half a ship - salvaged after a bombing raid in Canal Zone, Port Said, Egypt.