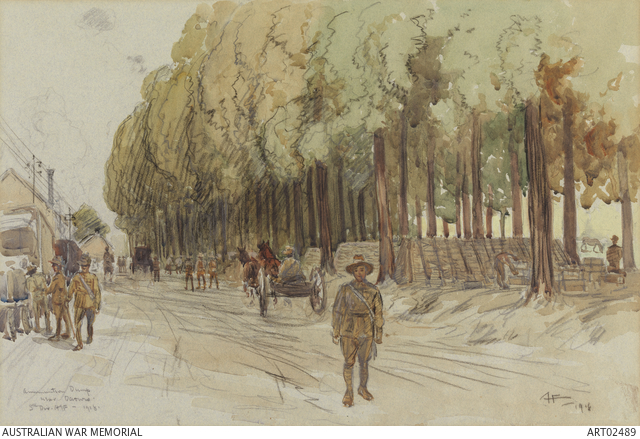 Depicts the ammunition dump near Daours with horse drawn vehicles and stacked boxes in ammunition dump concealed in a grove of trees on the right. The left of the image contains civilian buildings, telegraph poles and a number of Australian soldiers.