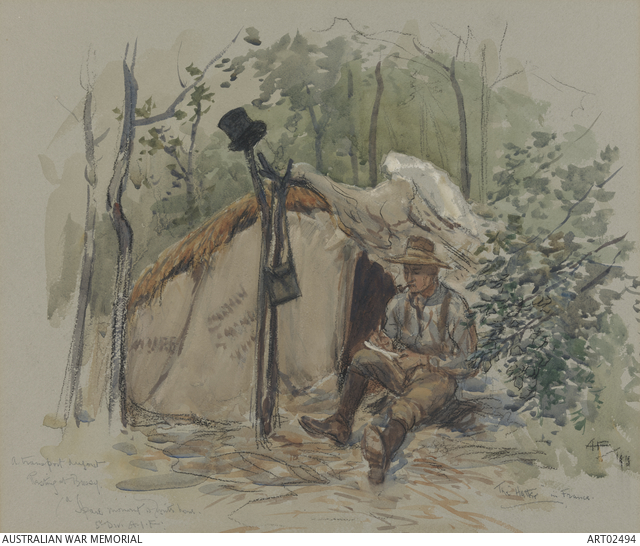 Depicts a soldier of the 5th Division sitting outside a tent in the encampment, smoking a pipe and writing a letter home. A top hat and knapsack hang outside the tent.