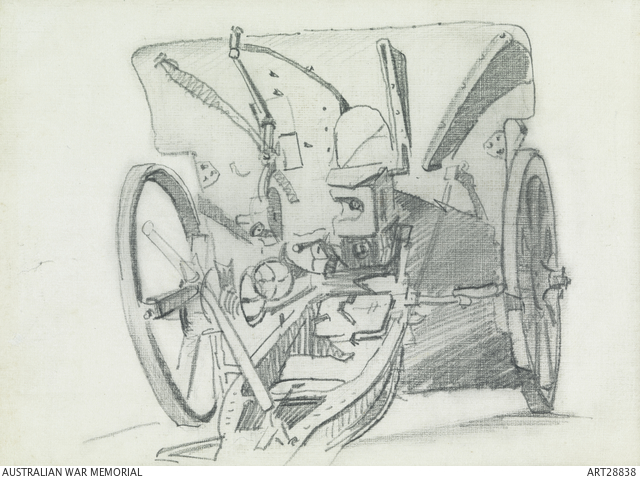 A pencil drawing of the back of a field artillery gun.