To the summit of Mont Saint Quentin from Albert side 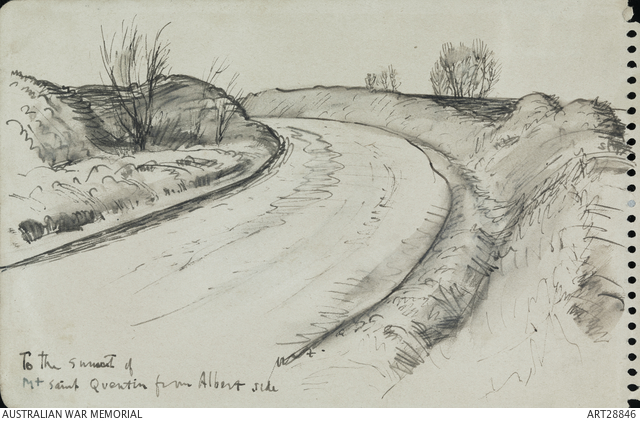 A landscape drawing of the road leading to the summit of Mont Saint-Quentin in northern France. During the First World War it was the site of a battle between the German and Allied forces, including the Australian 2nd Division. Following the German surrender, a memorial to the Australian troops was erected in the area.