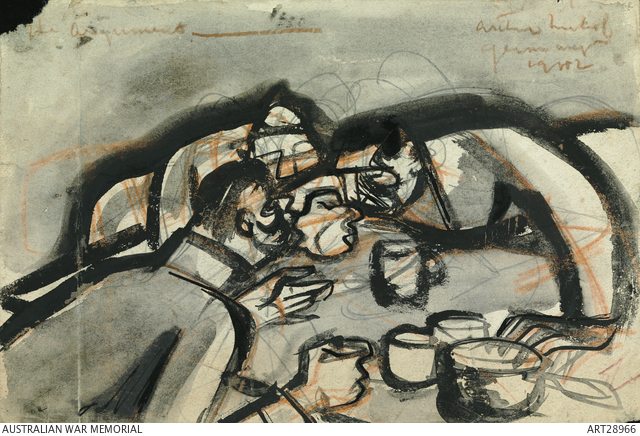 Depicting three unidentified men sitting around a table leaning forward with clenched fists arguing with each other. Cups, bowls, and a saucepan can be seen on the table.