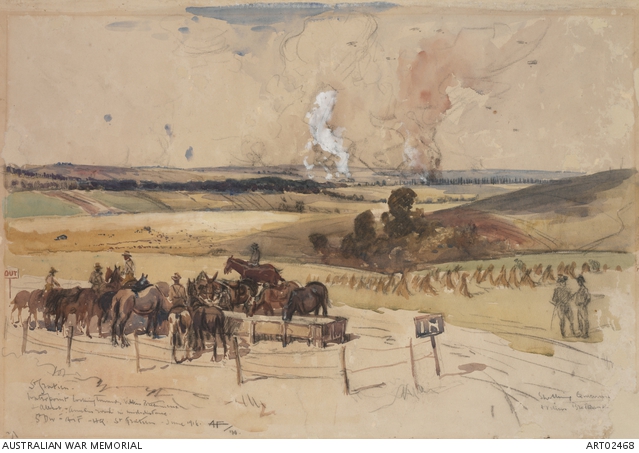 Depicts a group of soldiers watering officers' horses at the watering point outside St Gratien in the foreground. In the middle distance the Albert-Amiens road is visible, and in the far distance there are explosions, shelling and smoke rising from the towns of Querrieu and, in the distance, Villers-Bretonneux.