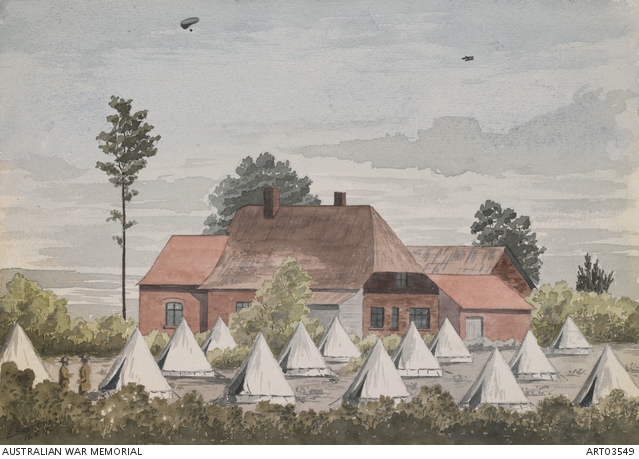 A substantial farm building is shown surrounded by tents; two soldiers are standing in the left foreground and a small biplane is visible in the distance. Major Edwin Summerhayes, originally an architect in Perth, Western Australia, served with the 44th Battalion on the Western Front. He was stationed at Steenwerck in May 1917 just before the Battle of Messines.