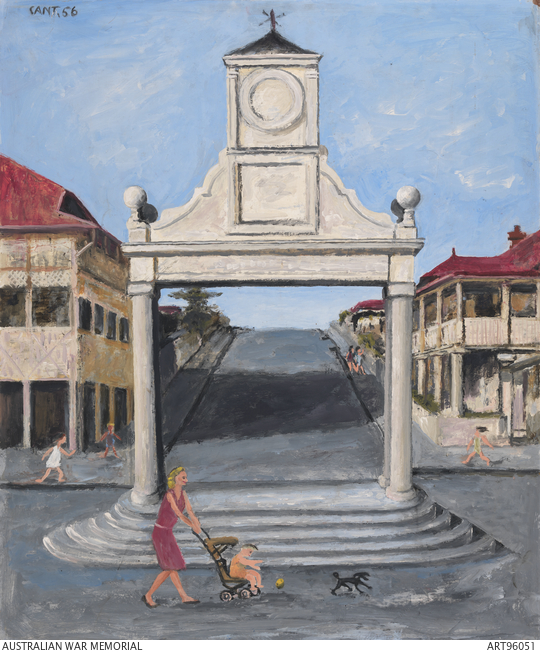 This street scene shows the prominence of the commemorative arch and a darkened street beyond as children play in the street in front of the hotel and corner shop, and a mother pushes a pram along the front of the memorial. The Arch of remembrance was erected on Brighton Esplanade, at the end of Beach road and at the entry to the Brighton jetty on November 21, 1926 to commemorate the First World War. The arch served as a focus for ANZAC day ceremonies and military marches until 1963. Unfortunately the arch was irreparably damaged in a storm in 1963 and has subsequently been replaced. This site has retained its signficance as a place to remember those Australians who have served in conflict.