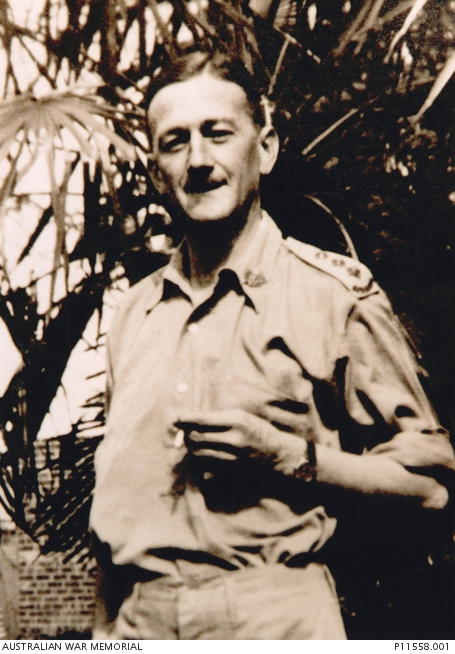 Informal portrait of Dr Bernard Haselden Quin. Born in 1894 in Malvern, Victoria, Honorary Captain Quin was serving as Second Government Medical Officer on the Australian-administered island of Nauru when Australia evacuated its administration officers from the island on 28 February 1942. He elected to stay behind as the island's Medical Officer during which time the island was occupied by the Japanese. As a reprisal for the first American raid on the island, Dr Quin was executed by the Japanese on 26 March 1943. Also executed were the Australian Administrator of Nauru Island, Lt Col F R Chalmers; the Australian Medical Assistant, Mr W H Shugg; the Engineer of the British Phosphate Commissioner's staff, Mr F Harmer and the Overseer of the British Phosphate Commissioner's staff, Mr W H Doyle. The men are commemorated on the Chalmers Memorial in Nauru.