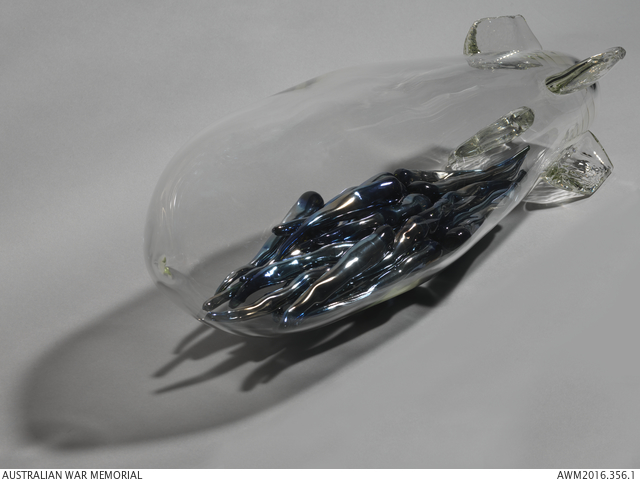 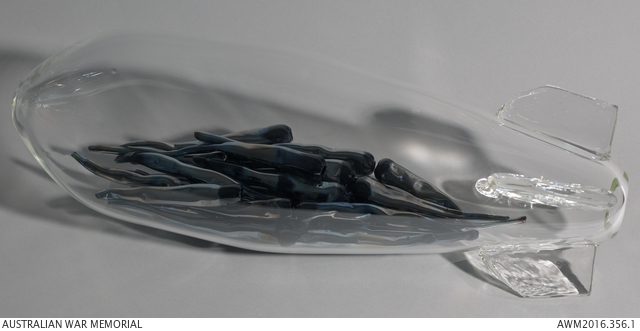 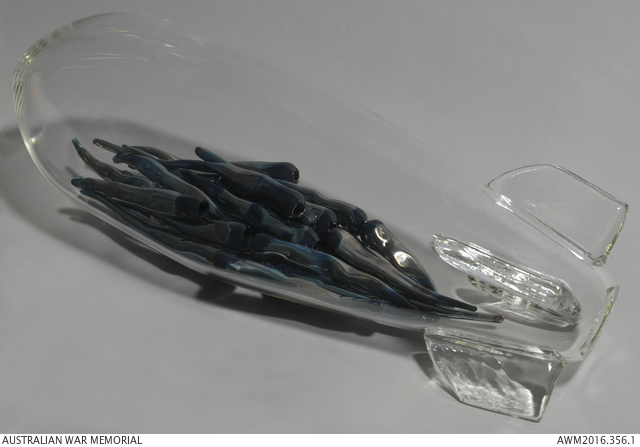 Contemporary glass artist Yhonnie Scarce was born in Woomera, South Australia in 1973. She belongs to the Kokatha and Nukunu peoples. Scarce is one of the few contemporary Australian artists to explore the political and aesthetic power of glass, she describes her work as “politically motivated and emotionally driven”.

The atomic weapons testing program in Australia during the Cold War was carried out with little regard to the area’s significance to local and nomadic Indigenous groups. 'Blue Danube' is from a body of Scare’s work which hones in on the issues surrounding Maralinga, demonstrating and highlighting their wider impact on the Indigenous communities including her own family.

Scarce’s hand-blown glass bomb represents the ‘Blue Danube’, a model identified by its four fins, which were designed to create a stable ballistic trajectory. Britain's first operational atomic weapon, the design was based upon the American 'Fat Man' design which was dropped on Nagasaki in 1945. The glass bomb houses a collection of hand-blown glass bush yams. A native tuber, the yam was a staple food for people in the South West of the country. Scarce’s uncomfortable arrangement of long bush yams within the glass bomb is representative of the control, dispersal and constraint inflicted on Indigenous people and their communities in Australia during the Cold War.