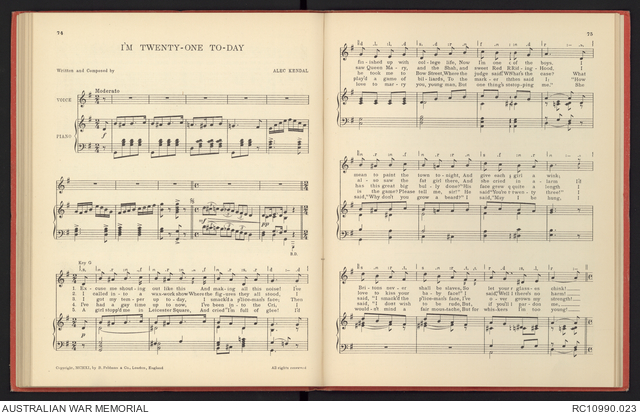 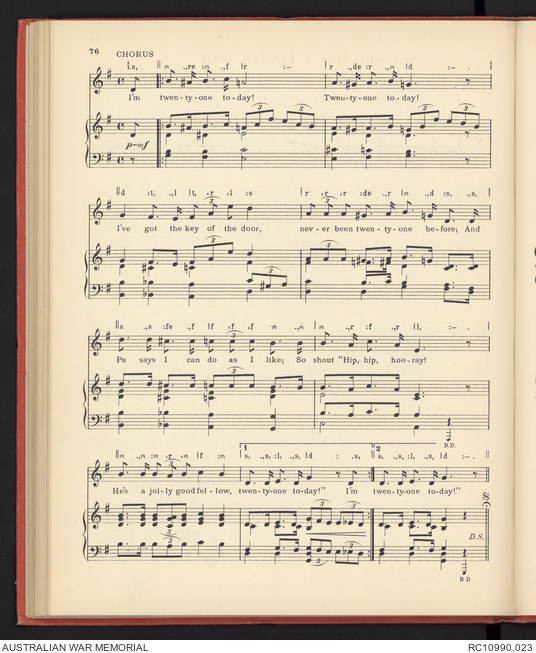 Sheet music for the popular song 'I'm twenty one today" by Alec Kendal. The sheet music is part of the anthology titled 'Songs that Won the War' that was published in 1930. The song itself was first published in 1911.

The lyrics of this song discuss the coming of age of a man who has turned 21 and just finished university. The words have a humorous slant to them as the narrator discusses what he is going to do now that he 'has the key to the door'.

Alexander Burns Thomson used the pseudonym of Alec Kendall and was a composer from Liverpool, England. His daughter was also a performer.