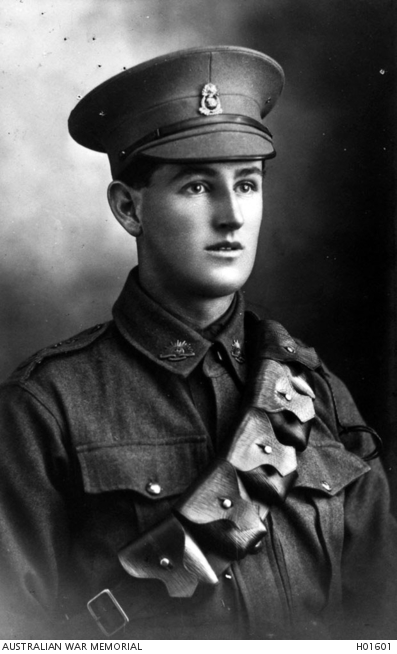 Studio portrait of 27354 Driver Jack Kennedy Newman, 13th Field Artillery Brigade from Albury, NSW. An 18 year old apprentice carpenter prior to enlisting on 26 January 1916, he embarked for overseas with the 6th Reinforcements of the 5th Divisional Ammunition Column from Sydney on 30 September 1916 aboard HMAT Aeneas. After serving on the Western Front, he arrived back in Australia on 16 May 1919.