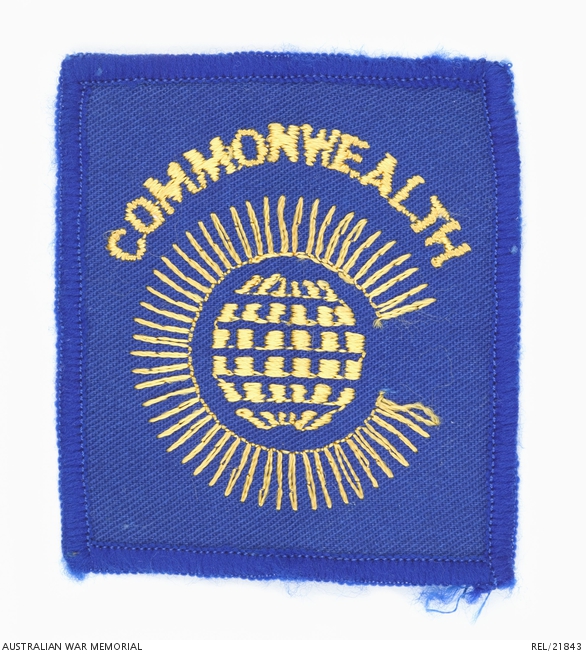 Royal blue square polyester badge edged with blue cotton. The badge is machine embroidered in yellow cotton with the word 'COMMONWEALTH' above a stylised letter 'C' formed by radiating lines from a central globe.

Badge worn by Major David Wilson in 1982-83 when serving as a member of the Commonwealth Military Training Team, Uganda (CMTTU). This team, made up of instructors from Australia, Great Britain, Guyana, Jamaica, Tanzania and Sierra Leone, assisted by a Canadian medical group, was involved in the training of leaders for the Ugandan National Liberation Army, which was formed after the overthrow of the Amin regime. Australia committed four five-man contingents (each comprising a major, a captain and three NCOs) to the CMTTU between March 1982 and March 1984. Their primary role was to instruct the Ugandans in minor tactics, field craft and weapons training.