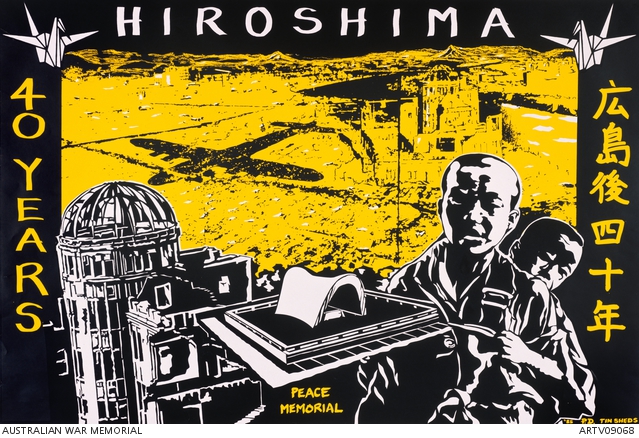 A poster produced for the 40th anniversary of the atomic bombing of Hiroshima. The poster depicts the Peace Memorial and two Japanese men in the foreground. In the background an aerial view of the city of Hiroshima. Cast over the city is the shadow of the B-52 bomber that dropped the bomb which devastated Hiroshima.