A Handley Page Halifax B.III bomber of 462 Squadron RAAF taxiing at its base at Driffield. The ... 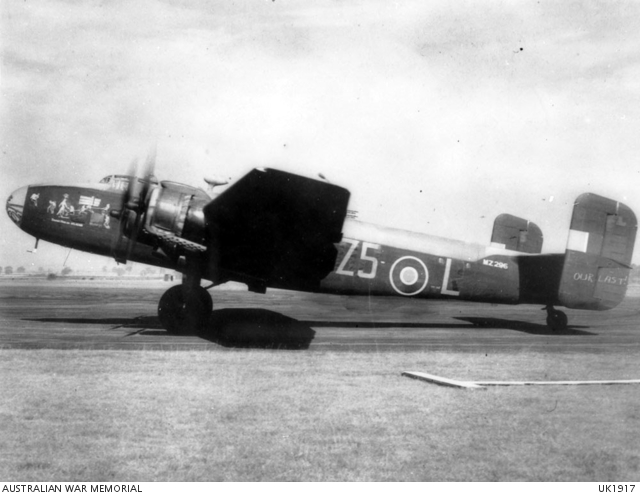