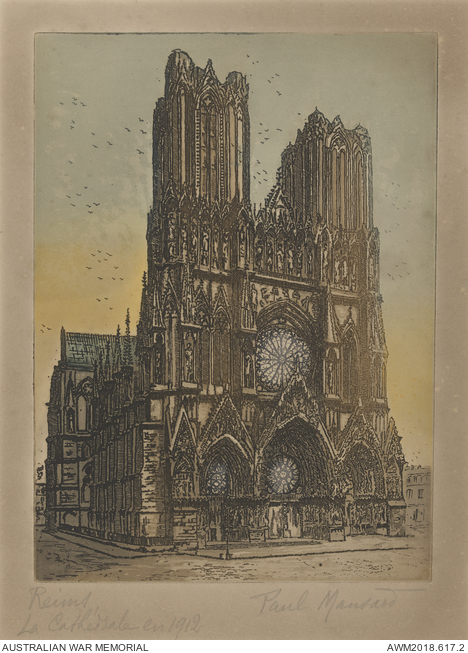 Paul Mansard was a pseudonym of the French artist H. Dupont. The artist was also known by Marcel Augis. Paul Mansard produced a number of etchings of areas along the Western Front after battles had taken place.