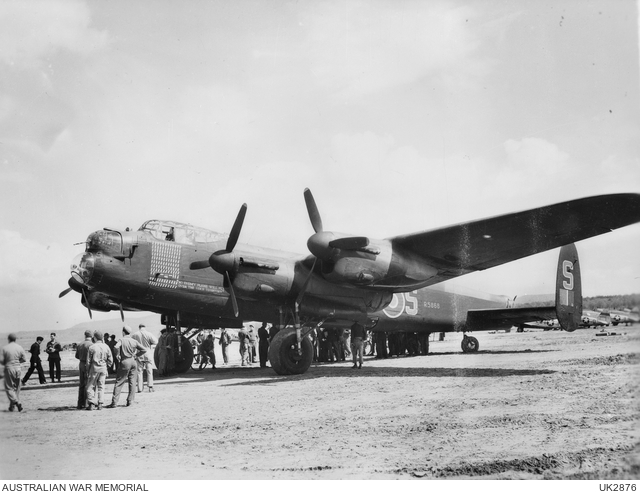 Near Frankfurt, Germany. C. 1945-05. The veteran Lancaster "S" for Sugar of No. 467 Squadron RAAF which has made 135 bombing sorties over enemy territory, landed without fear of enemy opposition on a German airfield near Frankfurt. The Lancaster aircraft is engaged in the repatriation of prisoners of war (POWs) from Europe after VE Day (1945-05-08) know as Operation Exodus.