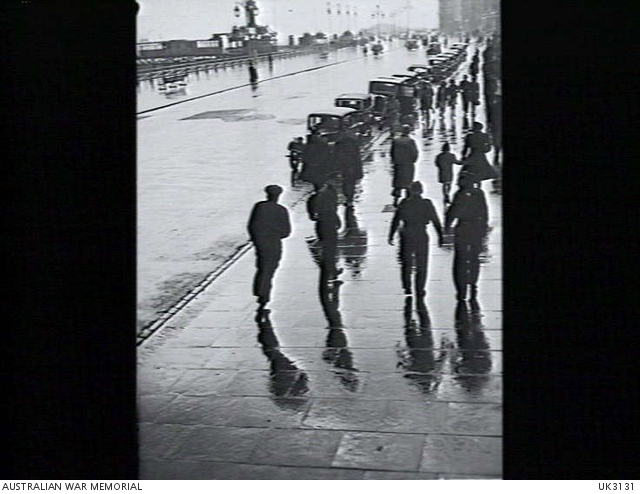 Sussex, England. C. 1945-08. Ex prisoners of war (POWS) and English holiday makers on the front at Brighton during a thunderstorm, on their last day in England before repatriation to Australia as part of the largest RAAF repatriation draft to leave Britain since the end of the war in Europe. They sailed from Liverpool on 1945-08-08 on the 22,000 ton troopship Orion.