All the fine young men: In the middle of 1990 as Saddam and Bush rattled their sabres...

All the fine young men: If it had not been for the Second World War... 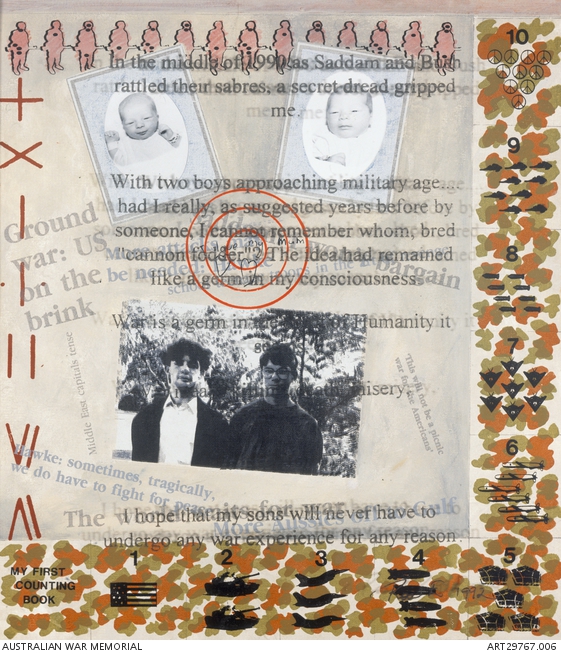 A collage-like image of two baby photographs and a photograph of two young men overlayed with sections of text derived from newspapers and the artist's own thoughts about war and politics. The border of the image contains depictions of a US flag, tanks, aircraft, bombs, stealth bombers and peace symbols, along with a row of anonymous soldiers. The artwork is one of a series exploring the impact that Australia's involvement in wars have had on the artist's family from a woman's perspective as a daughter, wife and mother and were produced in response to the First Gulf War. In this work, the use of photographs of the artist's children as babies and as young men and her inclusion of text reflect her feelings of how great events in history such as war, effect the intimate and private parts of a family's history.