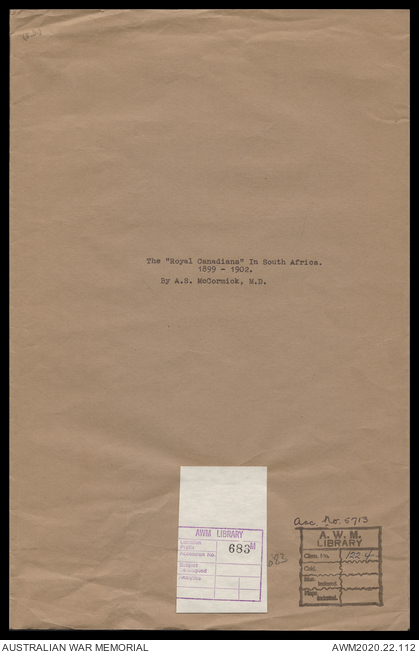 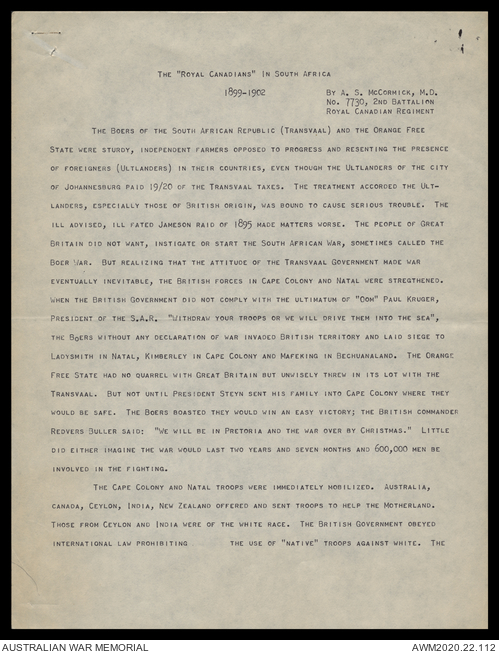 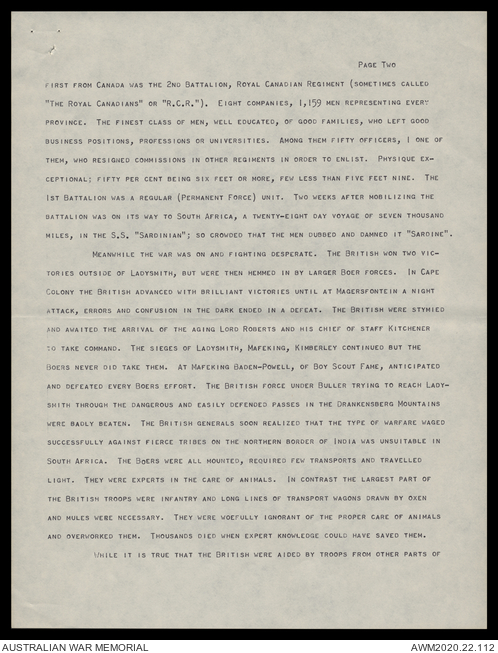 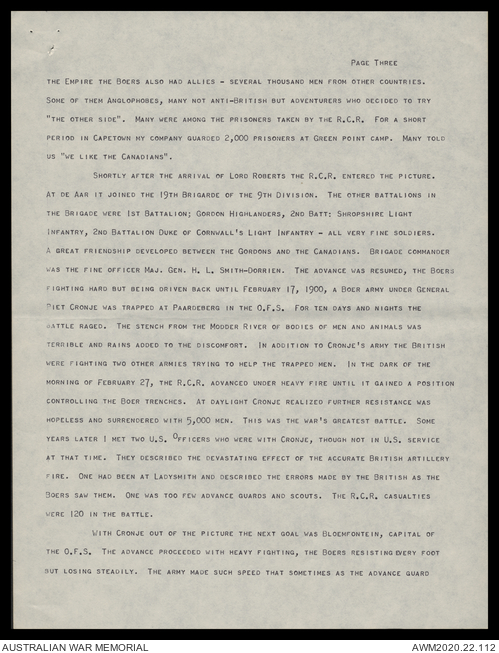 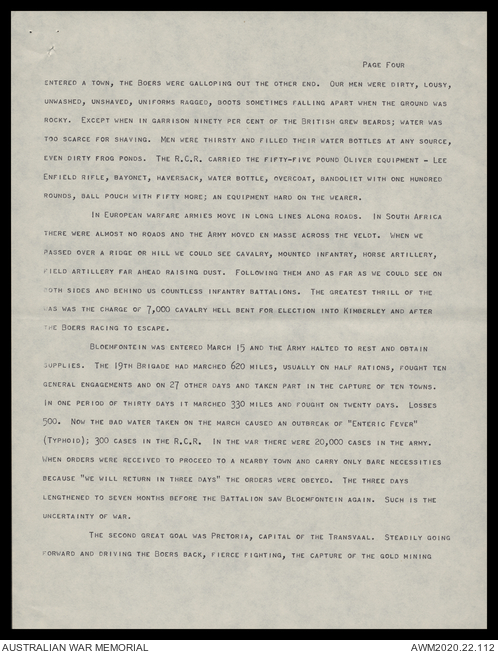 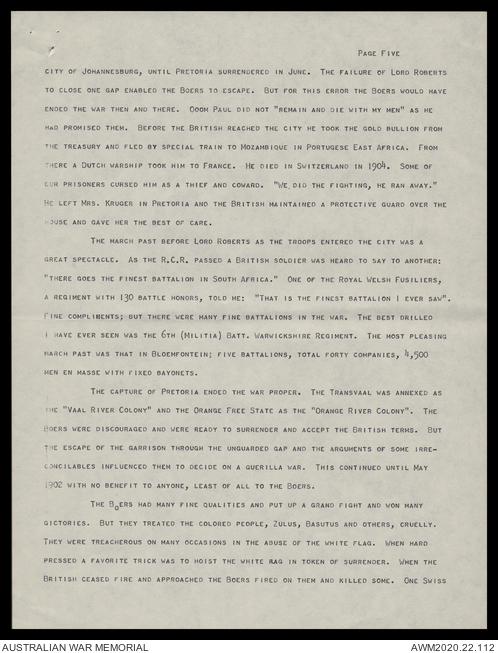 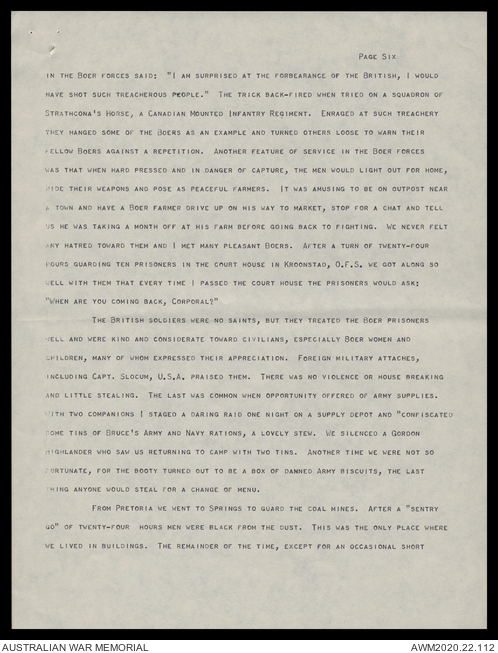 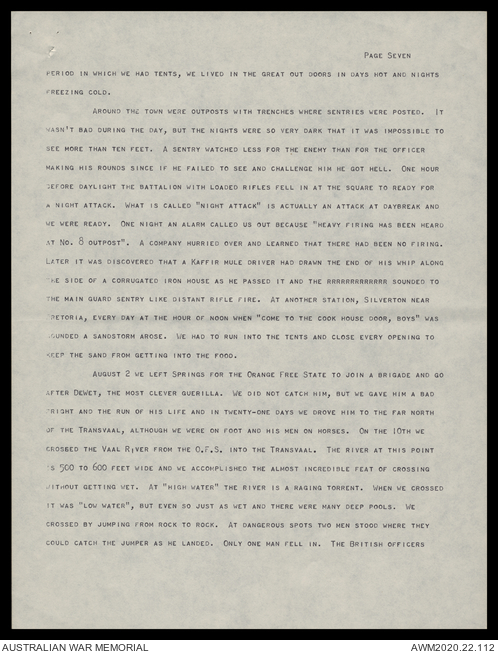 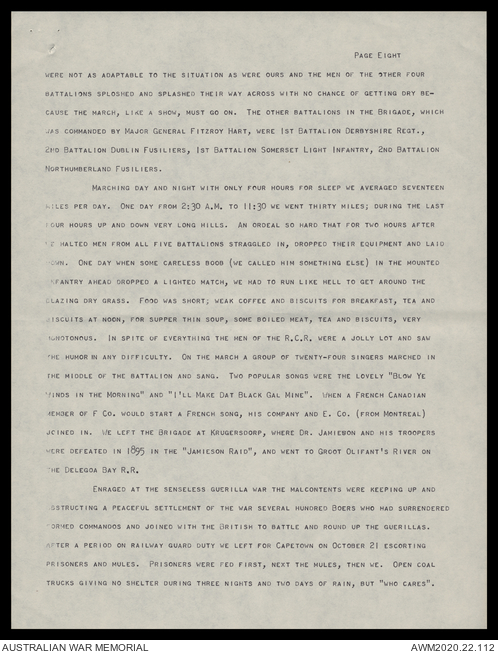 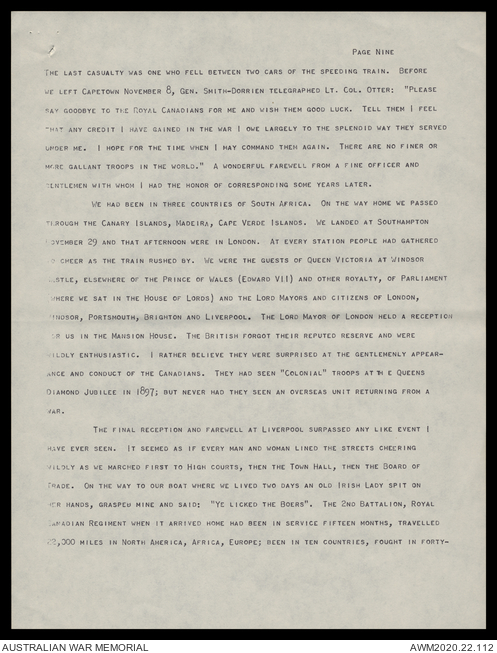 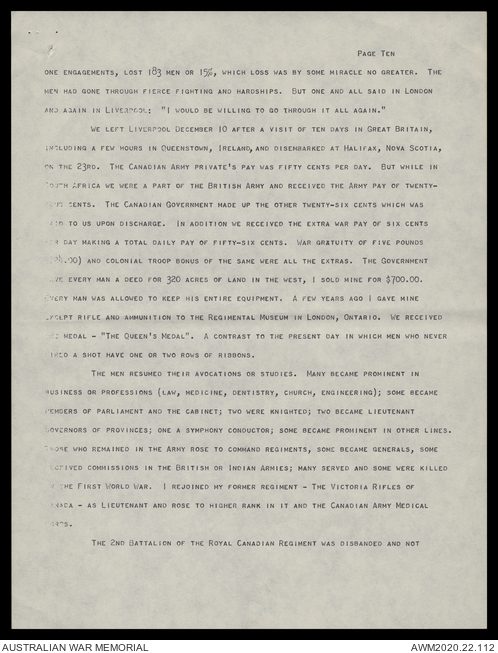 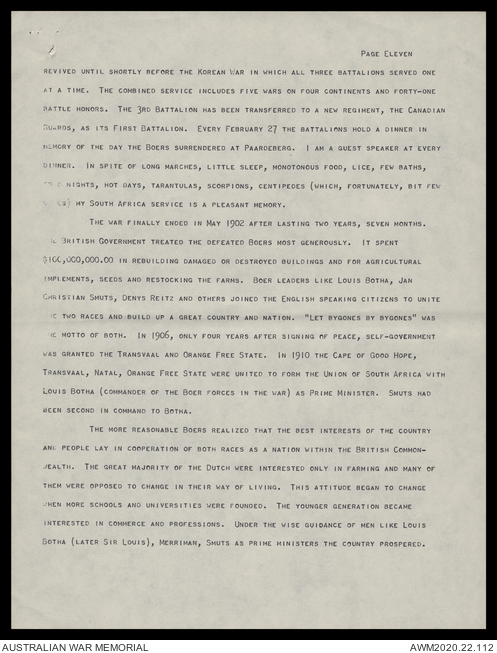 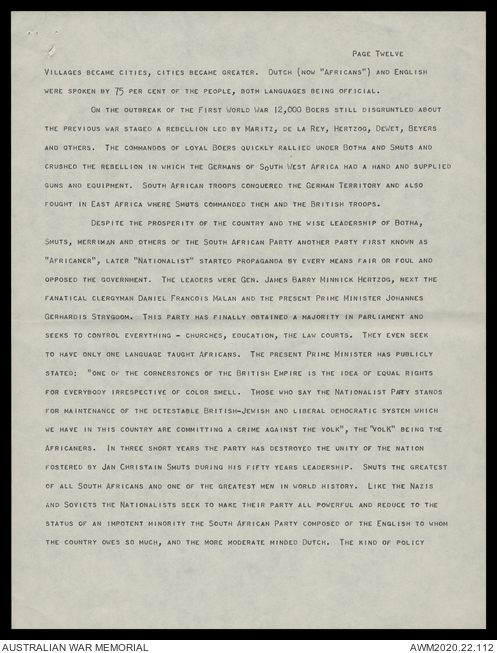 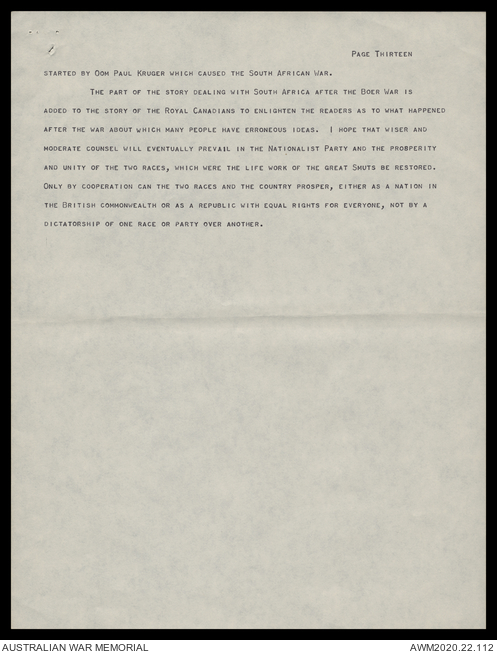 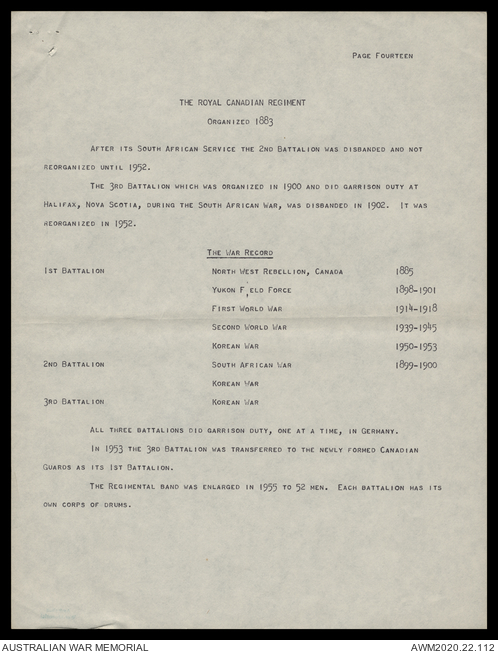 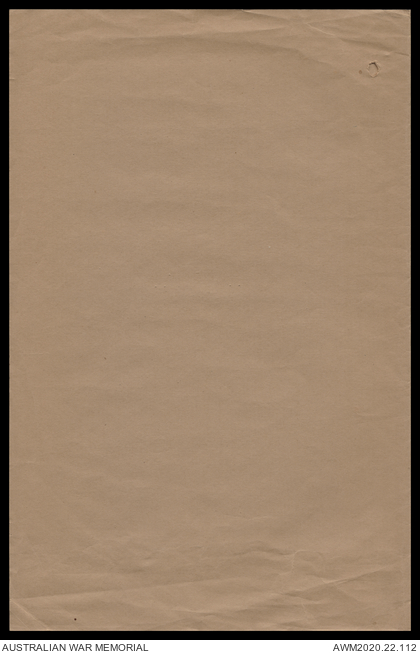 McCormick's short manuscript details the raising of the Royal Canadian Regiment, its service in South Africa with the 9th British Division, its post-war reception in England, and demobilisation. He goes into detail regarding pay, noting that every man was given a deed by the Canadian government for 320 acres of land 'in the west'. McCormick goes on to briefly summarise the Regiment's service until 1955.

The narrative is focused on overall strategy rather than detailing individual battles. McCormick describes the conditions the soldiers served under, including the difficulties of moving across the velt and the lack of transportation from which the Commonwealth forces suffered. He describes the British treatment of Boer prisoners and civilians. He writes about Kruger's leadership and the politics of the Boer republics, post-war South African politics, the National Party and then-prime minister Johannes Strijdom, and Jan Smuts.