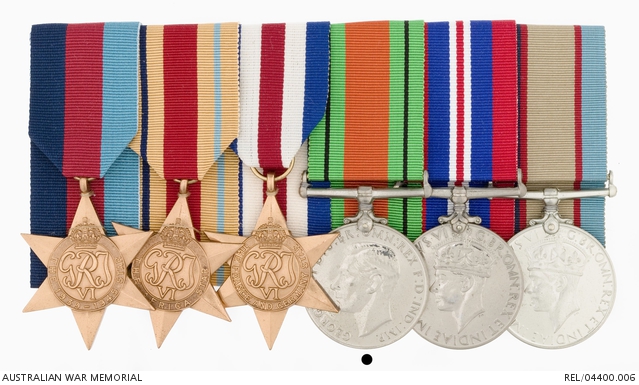 Barbara 'Biddy' Goff was born on 13 April 1902 in Ipswich Queensland. She married Orpen Boyd Moriarty in 1927 when she was 24. Orpen was already serving with the 2/1 Infantry Battalion at the time of their marriage. Young bride Biddy went to the Middle East as an Australian Comforts Fund representative to be closer to her husband. She worked in camps throughout Palestine distributing pyjamas, sweets, games and magazines'. Biddy also worked as a cipher officer for the Royal Navy in Alexandria, Egypt from late 1940. After her husband's death in action at Crete in 1941, she joined the field force of the Australian Red Cross, working with the Australian General Hospital in Kantara, Egypt. In 1942 she came home and travelled extensively for the Red Cross. The following year she was sent back to the Middle East to help recovered prisoners of war.

In 1944 Moriarty was attached to the Australian army staff in London. After the surrender of Germany, she worked with the AIF Reception Group, helping to repatriate former prisoners of war. She came home with some of the liberated men in August 1945.

Not home long, she was next sent to Singapore to assist the 2nd POW Reception Group, handling men who had been held by the Japanese. She later recalled, “a group of men just as we found them… naked to the waist, ulcered limbs roughly bound, stomachs distended by bad diet; but every friendly face grinning and animated.” She returned to Australia with the last of the released troops in November.
Few Australians saw as many war theatres as Moriarty, and she was always welcome. “Full of energy and charm. Even in uniform she dressed with flair. She was very good at achieving the impossible.” For her war work she was awarded the Florence Nightingale Medal.

Post-war Moriarty wrote of her experiences, was involved in war widows' activities and worked for David Jones Ltd in Sydney until 1965. Biddy Moriarty died in Sydney on 10 January 1979 aged 76.