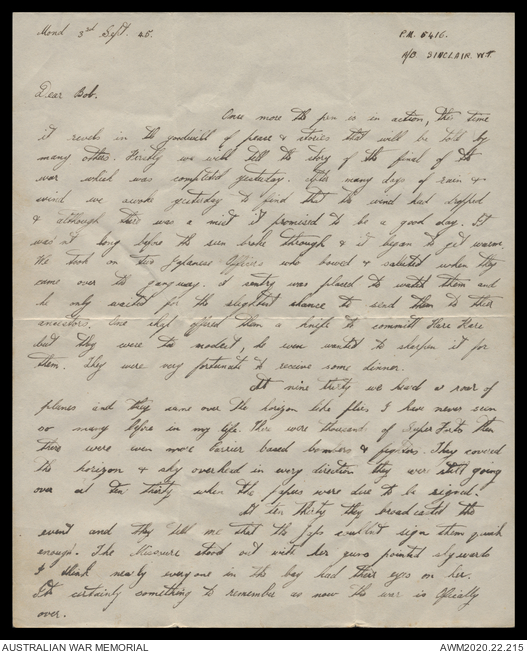 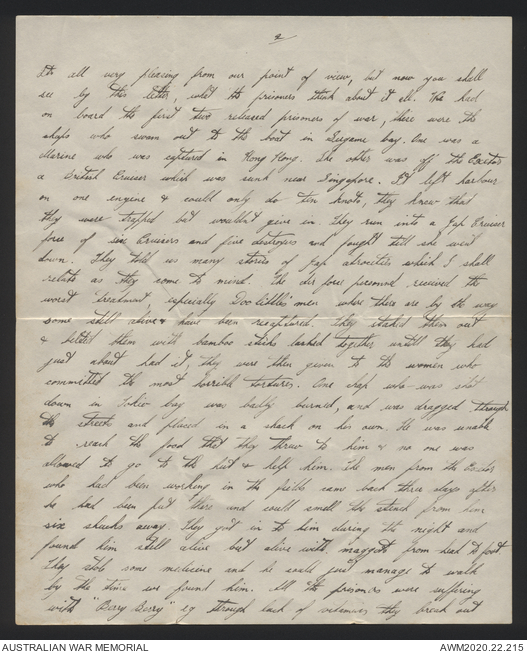 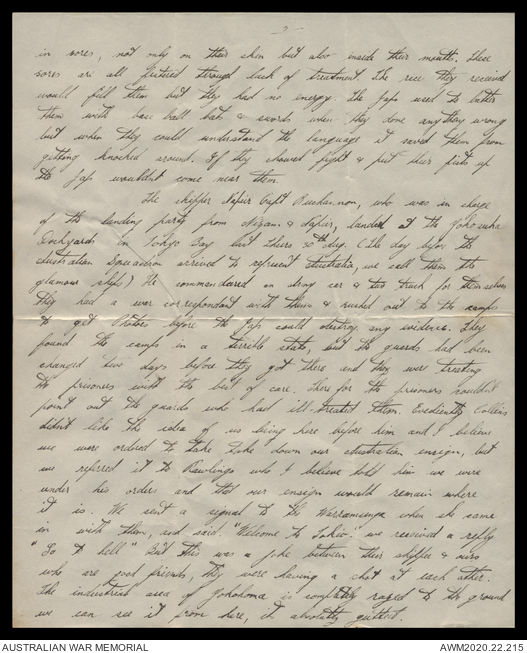 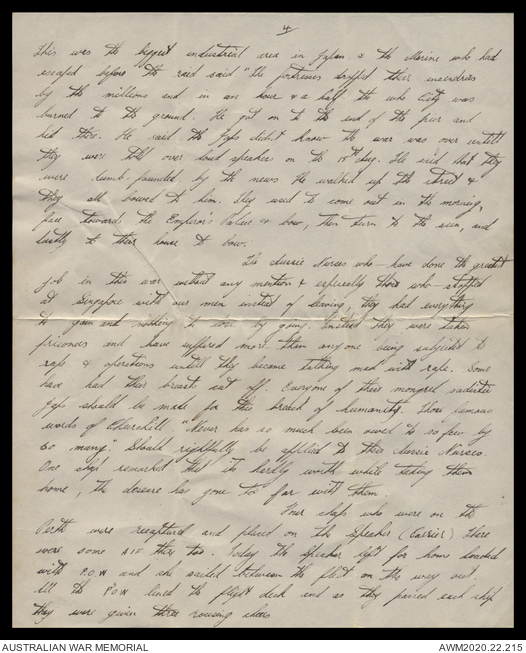 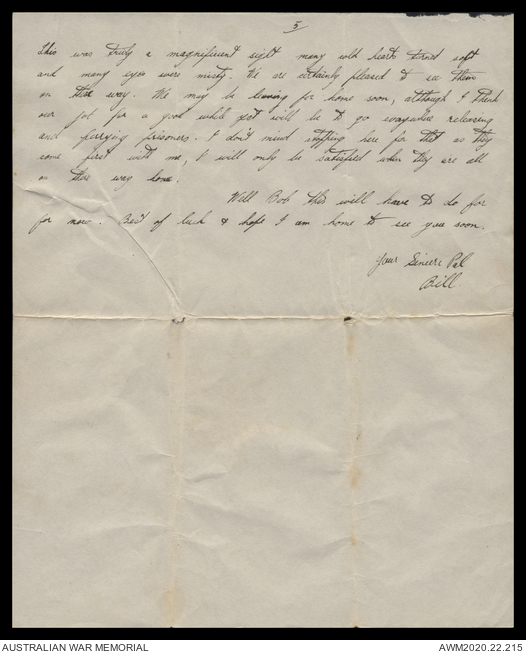 Wallet 1 of 1 - collection consists of one letter from Able Seaman Sinclair to his future brother-in-law, Sergeant Robert J. Moore. The letter is dated 3 September 1945, but is likely to have been written over several days.

In his letter, Sinclair describes his experiences of 2 September 1945, when Japanese officers signed the Allied Instrument of Surrender in Tokyo Bay. He shares that two Japanese officers came aboard the HMAS Nizam, a large number of aircraft flew overhead, and that almost everyone in the Bay had their eyes on the USS Missouri, where the Instrument was being signed. Sinclair then discusses the poor conditions of the Allied prisoners of war that they had encountered, including Australian nurses, saying that there had been reports of severe beatings, cruel torture, and inadequate food, and shared that it was touching to see them so excited to be going home.