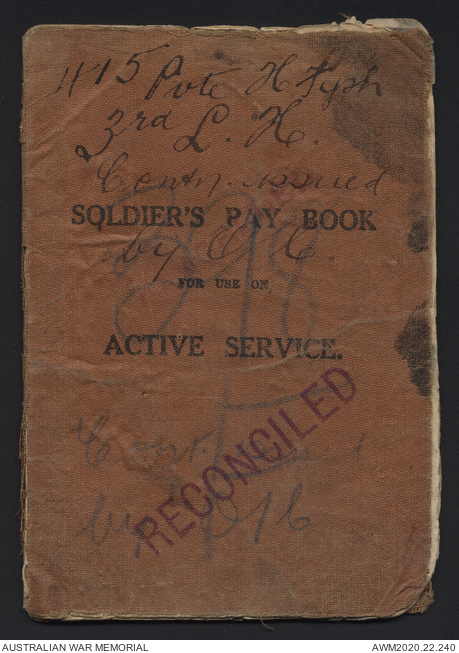 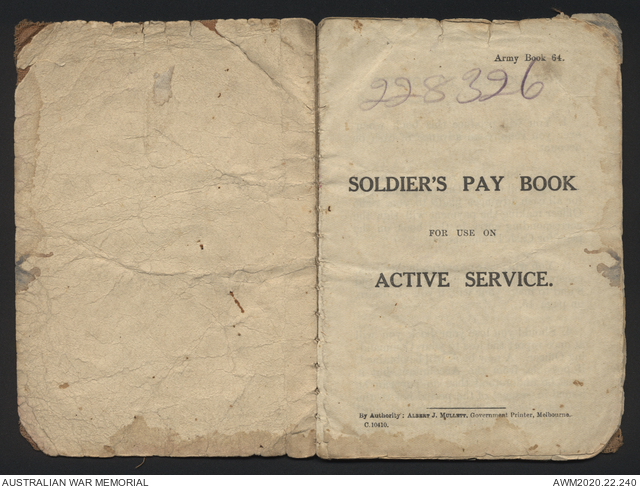 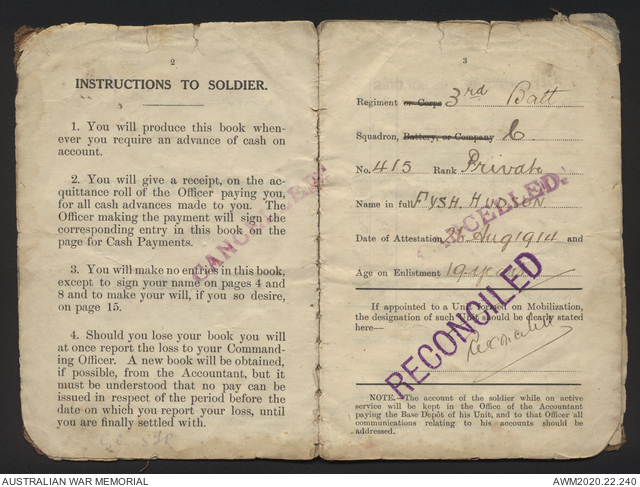 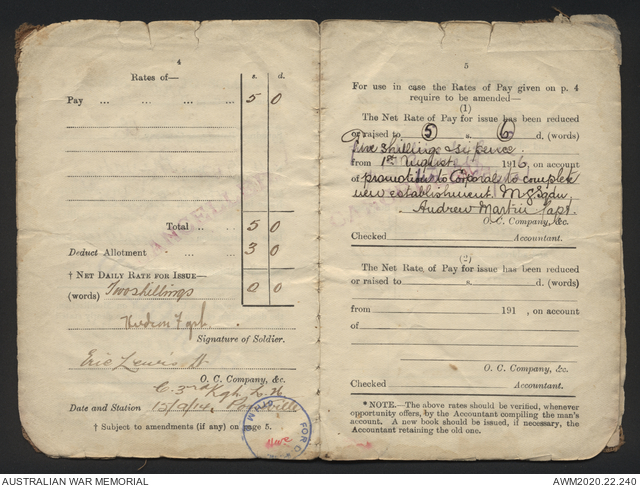 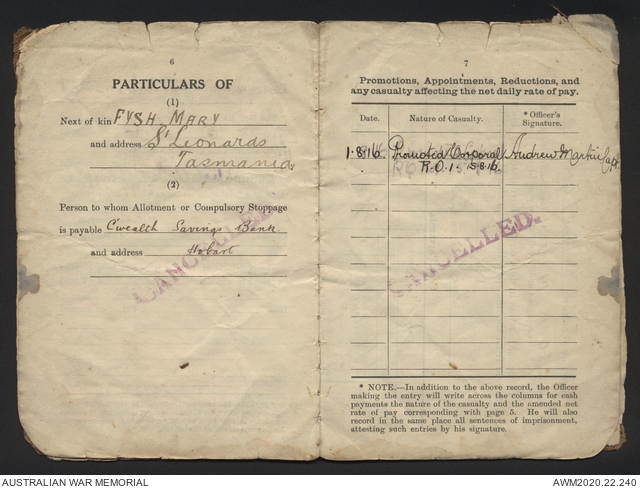 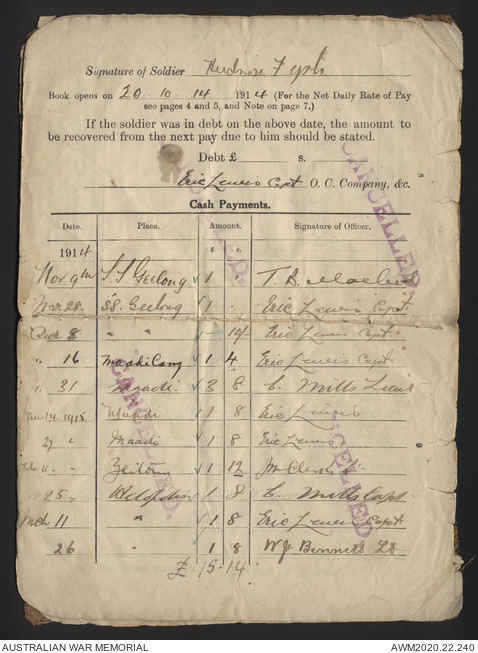 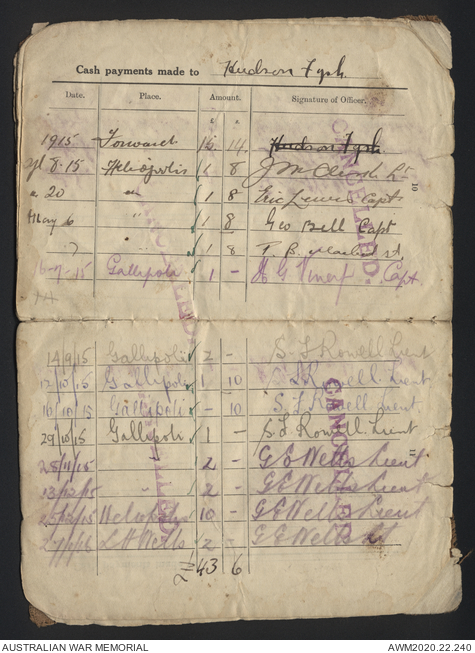 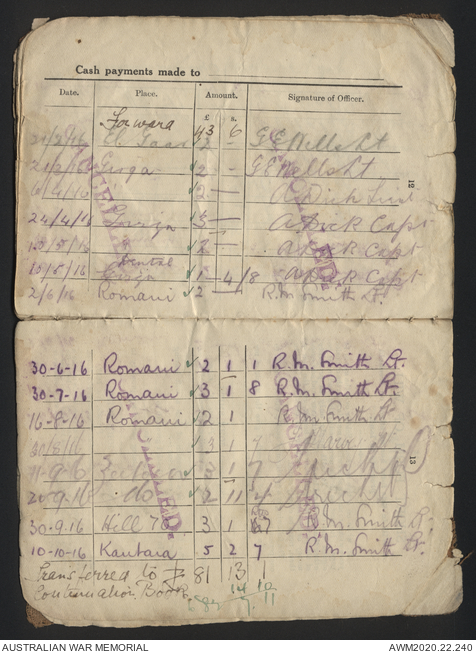 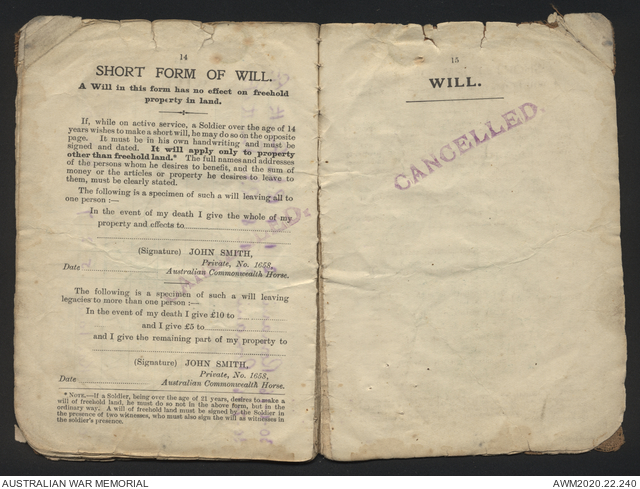 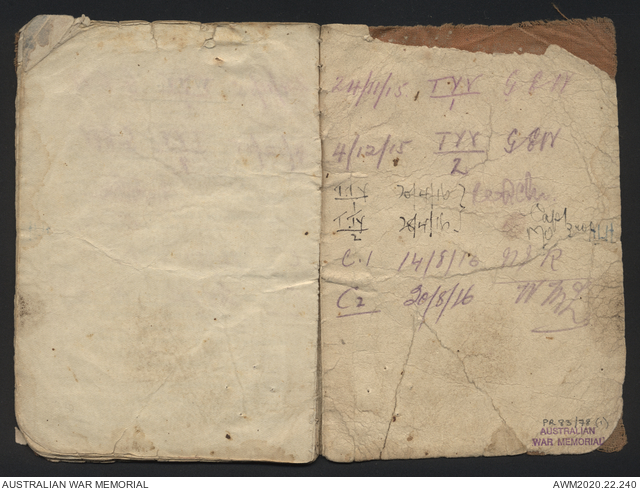 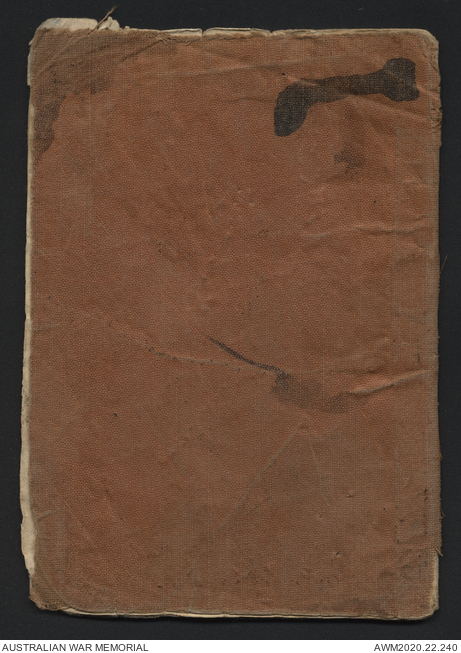 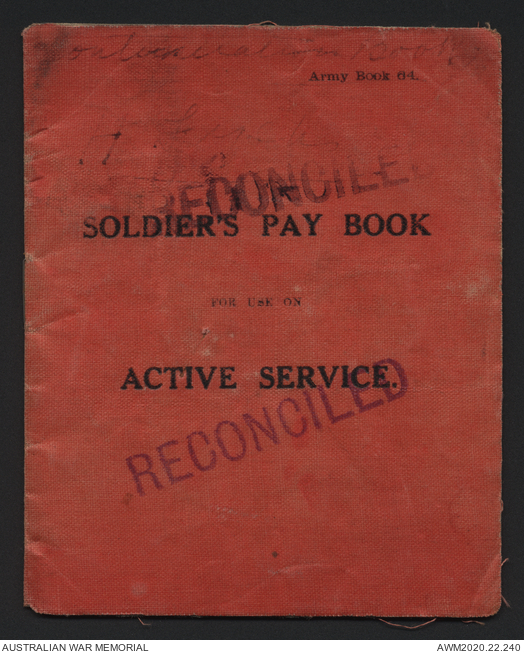 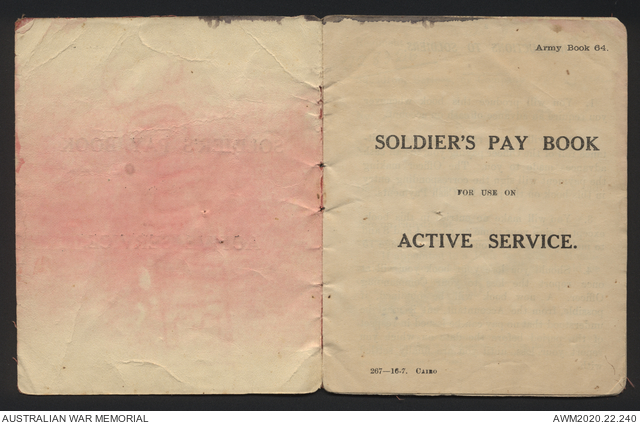 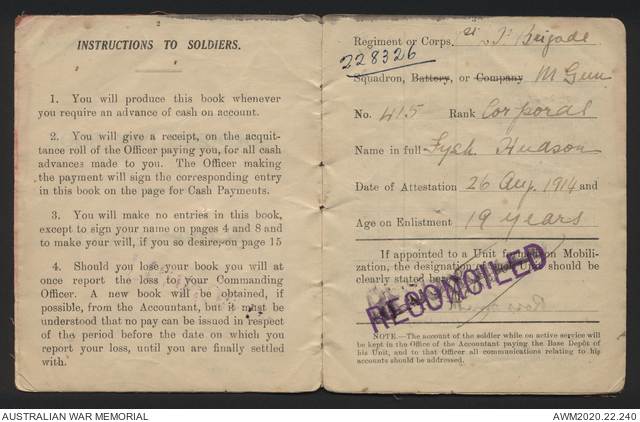 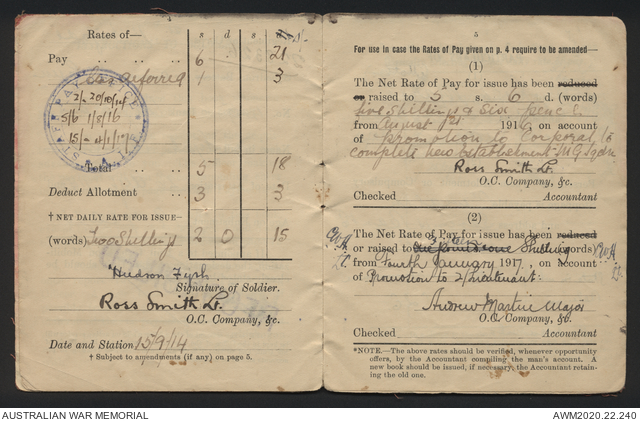 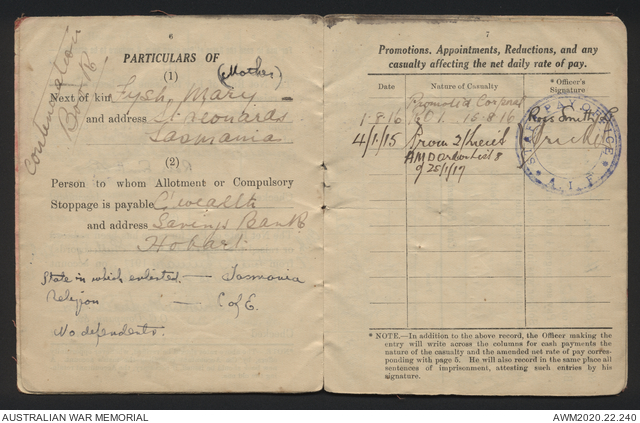 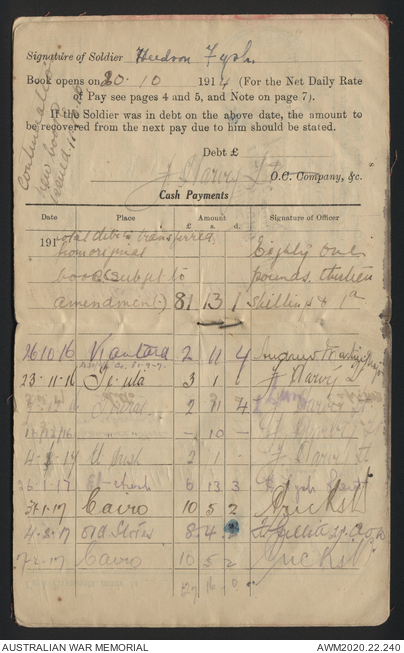 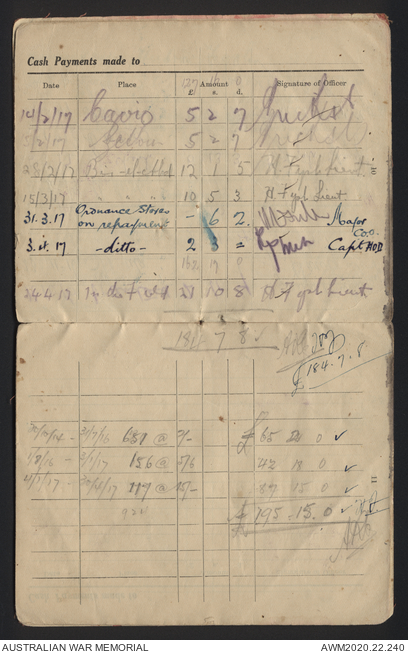 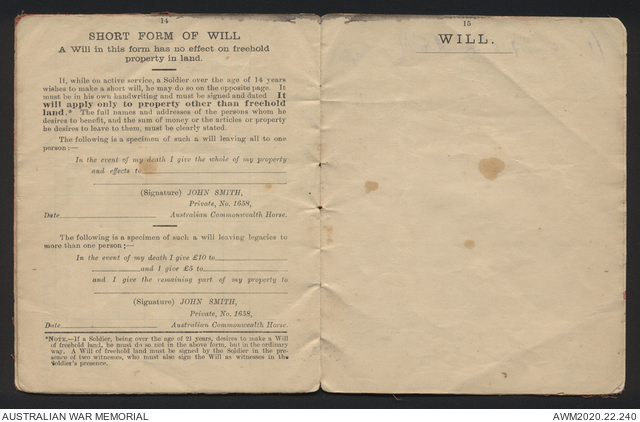 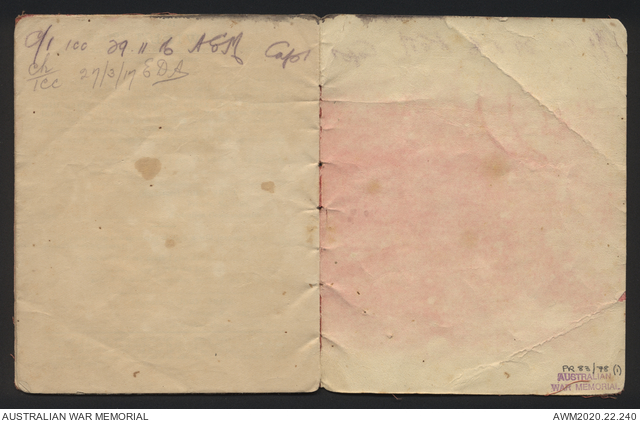 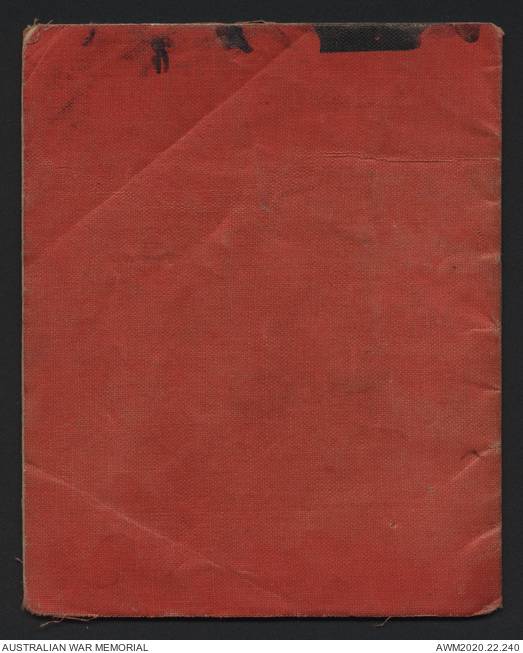 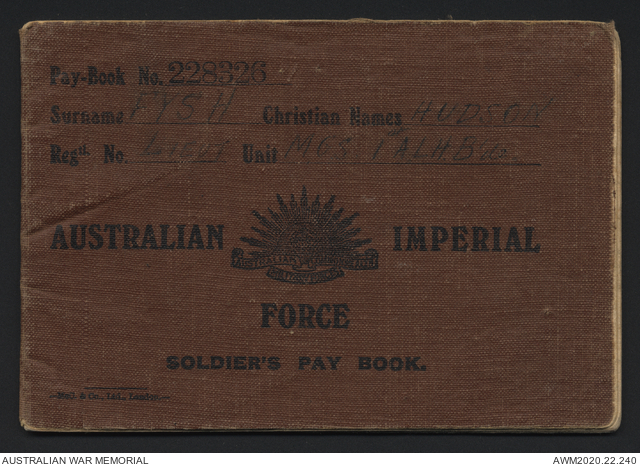 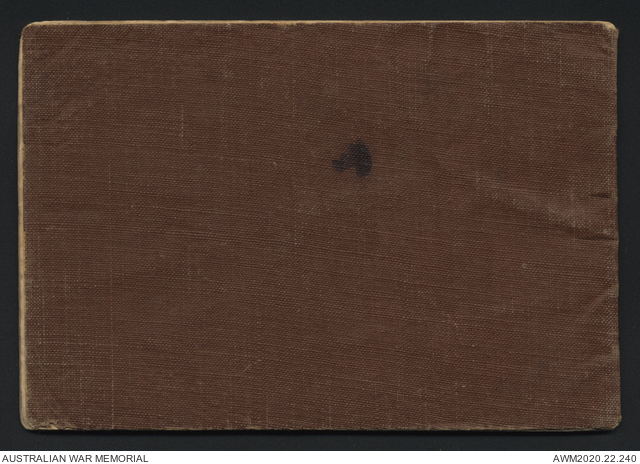 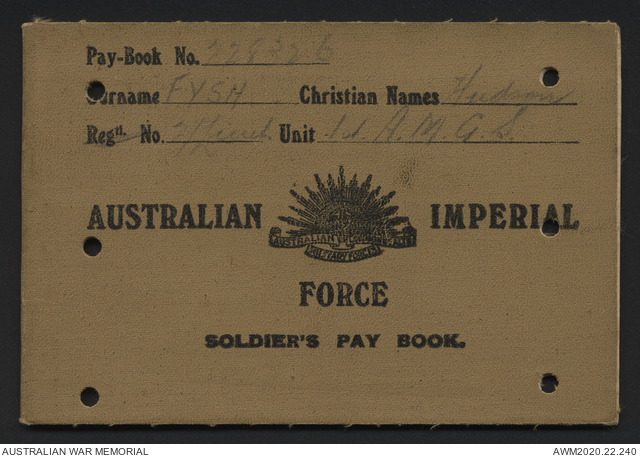 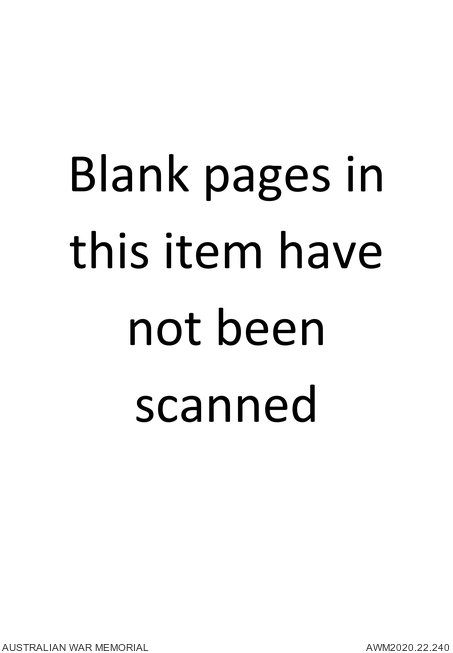 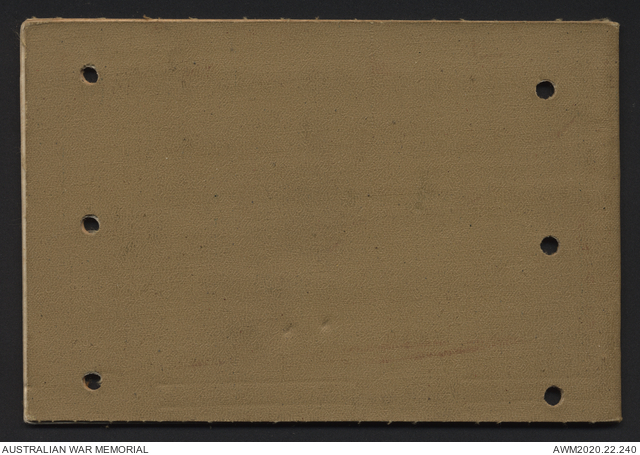 Folder 1 of 4 - Contains four soldier's pay books relating to the First World War service of Fysh. The opening entry of the first pay book corresponds to his embarkation from Hobart on 20 October 1914, with subsequent entries covering service with the 1st Light Horse Brigade, initially as a member of the 3rd Light Horse Regiment and then No. 1 Australian Machine Gun Squadron, transfer to the Australian Flying Corps and service with No. 1 Squadron through to his discharge on 16 June 1919.