Item 1 of 1 - Souvenir confidential report relating to the service of the Victorian Naval Contingent at the Boxer Uprising, 23 March 1901 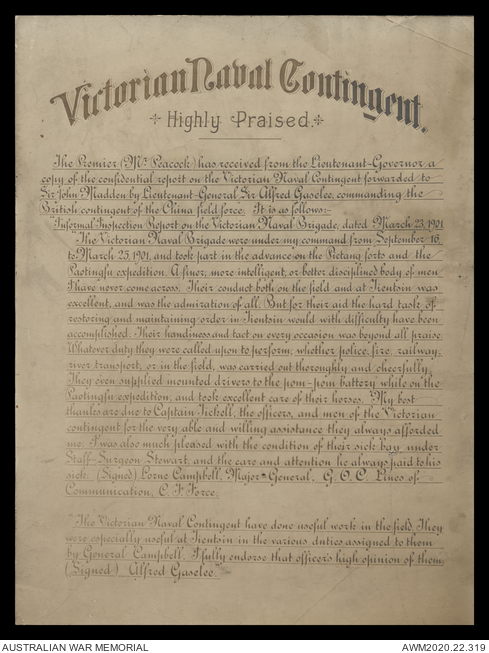