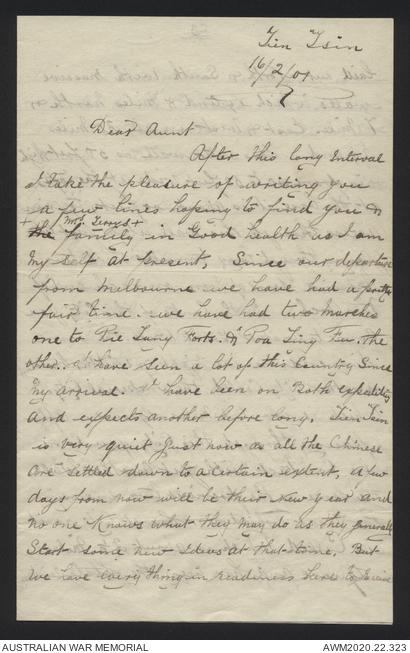 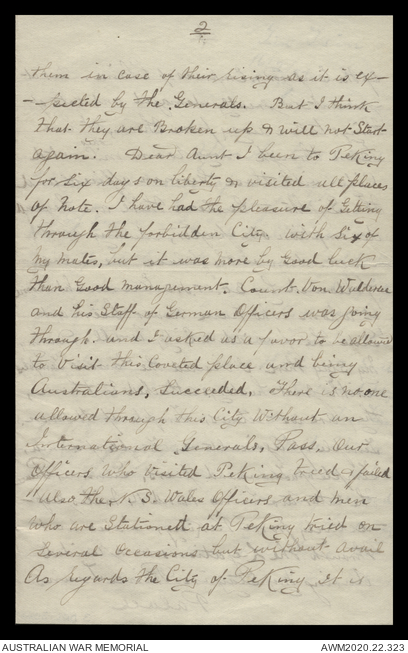 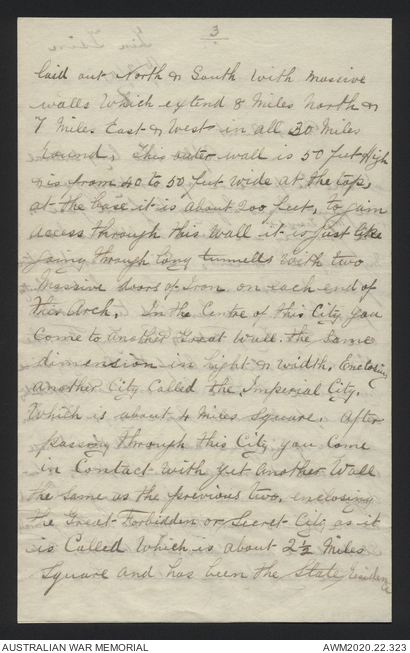 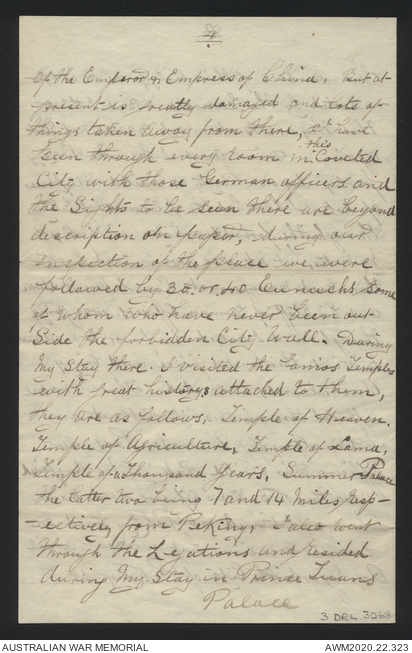 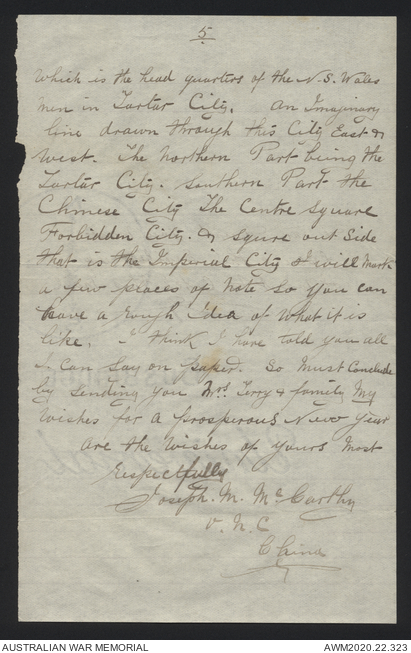 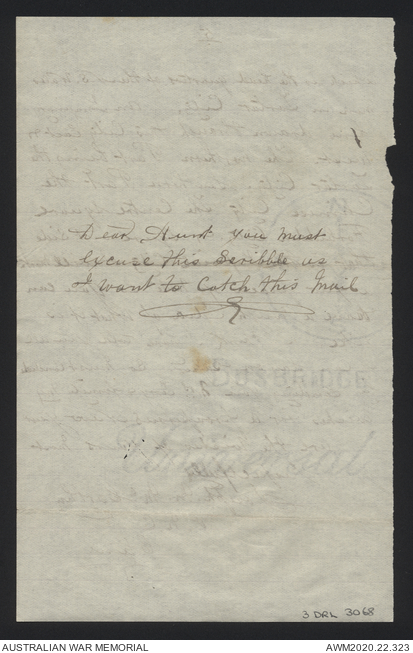 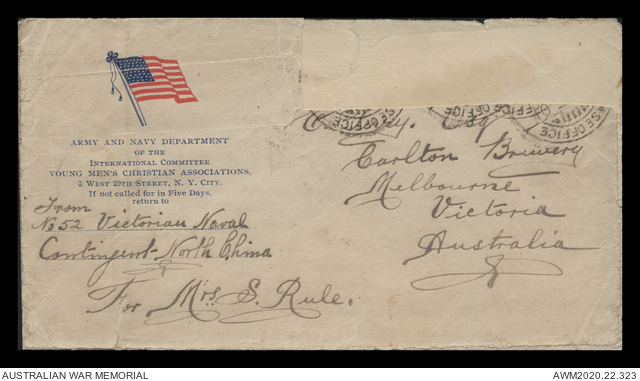 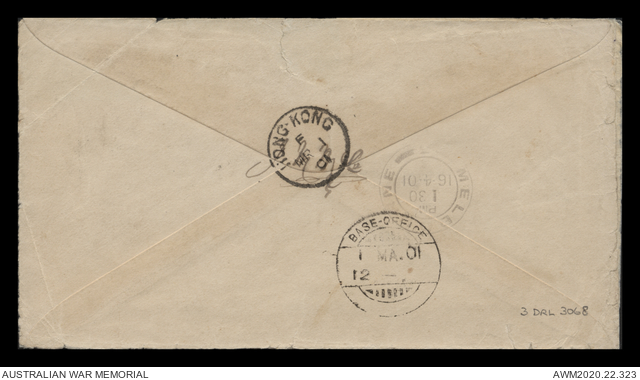 Wallet 2 of 2 - Contains a handwritten letter from Joseph Michael McCarthy to his aunt Mrs. S. Rule. McCarthy opens the letter with reference to marches on the Pie Tang Forts and Pao-ting Fu, and the current state of affairs with the Boxers at Tientsin. He largely devotes the remainder of the letter to sightseeing activities in Peking, detailing visits to the Imperial City including access to the Forbidden City with the permission of German officers and while chaperoned by a group of eunuchs, several landmark temples and the Summer Palace.